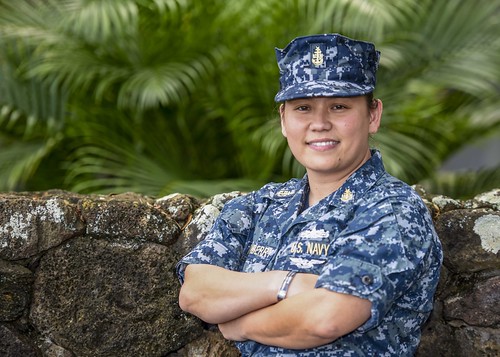 Editor’s note: This is the first of a two-part series.

PEARL HARBOR—“Because I didn’t do my job, there was a wife without a husband; two kids without their dad. I felt it was my job as the senior enlisted to bring everyone home safe. I really felt as if I had failed.”

These are just some of thoughts going through Senior Chief Raina Hockenberry’s mind over the past two and half years since she and other military personnel were attacked in Afghanistan.

“That was really hard for me to process. It shook my belief in my ability to lead,” said Hockenberry, who is currently serving at U.S. Pacific Fleet headquarters in Pearl Harbor, Hawaii. “I think I still struggle with that.”

The morning of the attack back in 2014, Hockenberry was on a site visit at the Marshal Fahim Training Facility in Afghanistan when shots were fired. After a two-minute firefight, Hockenberry had been shot five times; 15 others were also injured or killed.

Nine months of physical therapy and countless surgeries in recovery followed at the Walter Reed National Military Medical Center in Bethesda, Maryland, all while a desire to deploy again slowly grew.

Hockenberry said that during her recovery she thought a lot about the attack and how hard that was on her, as well as how dangerous down time and overthinking can be for someone in recovery. Two factors that played a significant role in helping her bounce back during recovery were junior Sailors and the desire to get back to work.

“During chief initiation season, a lot of chief selects came to speak with me as well as other junior Sailors throughout my recovery,” said Hockenberry. “It helped me remember that I was a chief and that junior Sailors were watching so I couldn’t be a baby. I couldn’t not do what I was supposed to do because chiefs do what they need to do.”

A few weeks after the attack, Adm. Harry B. Harris, commander of the U.S. Pacific Fleet at the time, visited Hockenberry in Bethesda. She recalled that when Harris asked her if she needed anything, she replied by asking for her laptop so that she could telework during recovery.

“That laptop was so critical to me because I was no longer a patient, I became a senior chief again. I became productive,” said Hockenberry. “That was huge to me. Being just a patient can drive you crazy.”

Another event stood out in Hockenberry’s mind from her time serving in Afghanistan. She and her fellow service members helped to welcome wounded warriors who were taking part in a program called Operation Proper Exit (OPE). Hockenberry believes it was important for military members to be exposed to this welcoming to remind them of the dangers of their mission.

“There are times out there that you get detached and complacency sets in,” said Hockenberry. “It was a good reminder for everyone that there is a harsh reality in what we’re doing. We are in a combat zone and you can’t take that for granted.”

That memory stuck with Hockenberry and fueled her desire to become a participant in OPE. She began reaching out to the co-founder, Rick Kell, hoping for a chance to return to Afghanistan.

“I remember when Rick called me to tell me it was happening and I didn’t even let him finish, and interrupted him asking when we were going,” said Hockenberry. “I was really excited because honestly I had lost hope about going back.”

The most difficult part of being injured for Hockenberry was being medivaced and not being given closure.