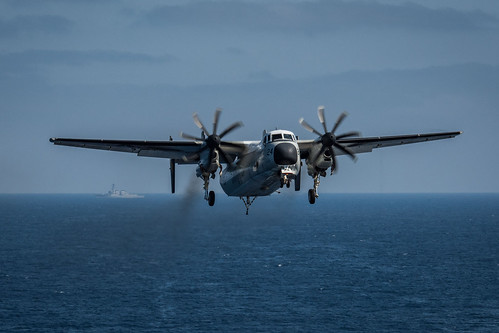 PHILIPPINE SEA — The U.S. Navy ceased search and rescue operations at 10:00 a.m. Japan Standard Time on Nov. 24 for three Sailors not immediately recovered after a C-2A Greyhound crashed on the afternoon of Nov. 22.

Eight Sailors were immediately recovered from the crash and transferred to Ronald Reagan for medical evaluation. All are in good condition at this time.

“Our thoughts and prayers are with our lost shipmates and their families,” said Rear Adm. Marc Dalton, Commander, Task Force 70. “As difficult as this is, we are thankful for the rapid and effective response that led to the rescue of eight of our shipmates, and I appreciate the professionalism and dedication shown by all who participated in the search efforts.”

The Sailors names are being withheld pending completion of next of kin notifications.

An investigation is currently underway.