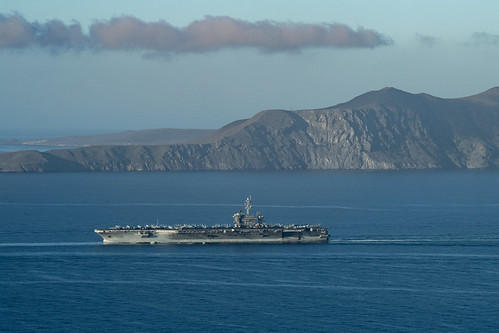 “Our Sailors worked incredibly hard to make sure we set sail with a healthy, capable, and ready crew,” said Capt. Eric Anduze, Theodore Roosevelt’s commanding officer. "Our success is a testament to the professionalism and dedication of our team and the support of our families and loved ones. Our Sailors and their families represent the best of this great nation and I’m unbelievably proud to be a part of the best team, on the best ship, in the best navy in the world.

“We are at the highest state of readiness to support America’s interests around the world at a moment’s notice.”

SUSTEX is an integrated and comprehensive exercise designed to test the strike group’s ability to compete and win in a high-end fight.

“Completing SUSTEX confirmed that Carrier Strike Group Nine is ready to sail west to preserve freedom of the seas, deter aggression, and if necessary, win against any competitor,” said Rear Adm. Doug Verissimo, Commander, Carrier Strike Group Nine. “The entire strike group team came together during a challenging time to train and ultimately prove that it is ready to answer any call. From long-range strike, to information warfare, to air defense, to surface and subsurface warfare, the strike group proved it is a combat-credible force capable of controlling the seas in conflict, preserving maritime security, and extending American influence during peacetime.”

Prior to leaving their respective homeports, the more than 5,500 Sailors assigned to the TRCSG completed a pre-deployment sequester (PDS) in accordance with U.S. Pacific Fleet guidelines. The purpose of PDS was to reduce the risk of COVID infection among the crew while establishing a covid-free strike group bubble.

The TRCSG returned from a six-month deployment supporting maritime security cooperation efforts and regional stability in the U.S. 7th Fleet area of operations in July 2020. 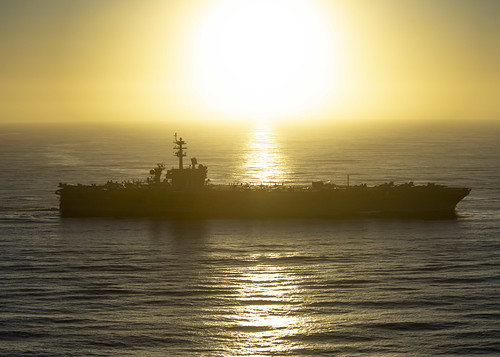