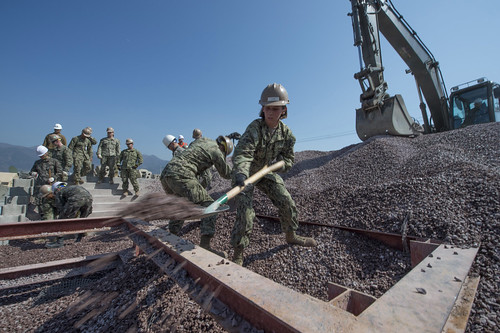 "It has been impressive to see the interoperability and exchange of tactics and procedures across all levels, as capabilities were demonstrated and readiness was confirmed," said U.S. Navy Cmdr. Ross Campbell, 30 NCR operations officer. "We had ROK Navy and U.S. Seabee crews working side-by-side on projects. This was not one nation leading another, but a true partnership to learn together as we jointly built our projects."

The lead for the different projects was undertaken jointly. Although communication was an initial struggle, a rhythm of daily objectives, safety briefs, and aggressive communication between the U.S. and ROK Seabees brought the camp to completion ahead of schedule, according to Lt. Van Nguyen, NMCB 133 Det. Busan officer-in-charge.

UCT 2 completed expeditionary wharf construction, crane operations and underwater topography at Commander-in-Chief ROK Fleet base, as well as underwater welding and cutting for pier repair training with their ROK counterparts at the ROK engineering school, continuing their close relationship with the ROK Seabee dive team.

For the regiment, the exercise tested the unit's operational abilities to include embark, logistics, communications, and engineering and construction outside of a stateside training environment.

"The close relationship between our U.S. and Korean Seabees creates great synergies, improving our interoperability and readiness to respond to any crisis," said Capt. James Meyer, 30 NCR's commodore. "They continue to amaze me with their professionalism, 'Can Do' spirit and execution success. I have no doubt our Seabees will be ready when our nation calls upon them."

Foal Eagle 2016 is a combined field-training exercise conducted annually by the ROK armed forces and the U.S. armed forces with the support of the Combined Forces Command. One of the largest military exercises in the world, it is defensive in nature and provides tactical level units the opportunity to confirm force deployment readiness, capabilities, validate interoperability and familiarize forces with the environment. 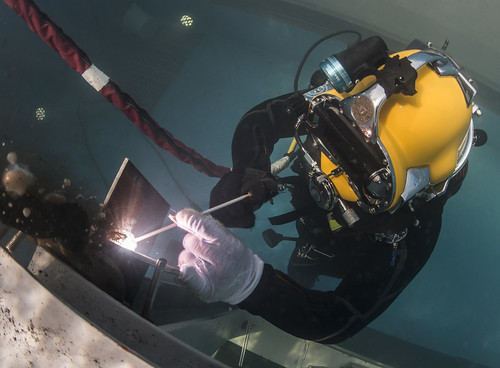 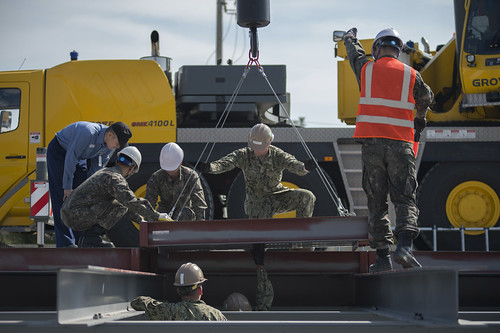