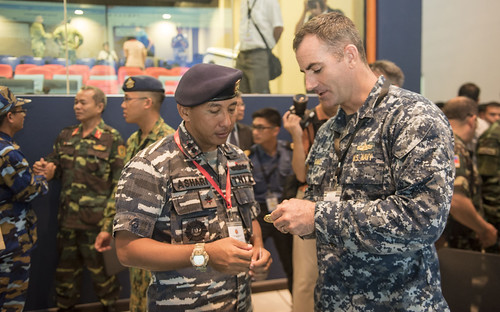 The exercise aims to enhance cooperation between ADMM-Plus nations in maritime security and counterterrorism, while promoting information sharing in responding to relevant and contemporary training scenarios.

"ADMM-Plus continues the trend of increased multilateral cooperation among navies in the Indo-Asia-Pacific," said Cmdr. Lex Walker, deputy commodore, Destroyer Squadron 7. "Working together at sea under realistic training scenarios enhances maritime cooperation and prepares our navies to work together during times of crisis."

Arleigh-Burke class guided-missile destroyer USS Stethem (DDG 63) will participate in the sea phase of the exercise while assigned to a maritime task group. The sea phase will feature a maritime security and counter terrorism scenario, while both scenarios include cross-deck helicopter operations, VBSS training, divisional tactics, and communication drills.

“Working together at sea under realistic training scenarios enhances maritime cooperation and prepares our navies to work together during times of crisis.” Cmdr. Lex Walker

"We are looking forward to getting out to sea and training together with sailors from other regional navies," said Cmdr. Harry Marsh, commanding officer, USS Stethem. "Our crew will be able to see firsthand how other navies operate and we can learn from them while sharing our own operational tactics and procedures."

The exercise concludes with arrival of participating ships in Singapore along with a land-storming counterterrorism exercise. The semiannual exercise involves navies and armed forces personnel from 18 ADMM-Plus countries, including the 10 Association of Southeast Asian Nations Member States -- Brunei-Darussalam, Cambodia, Indonesia, Laos, Malaysia, Myanmar, the Philippines, Singapore, Thailand, and Vietnam -- and the eight Plus countries of Australia, China, India, Japan, New Zealand, Republic of Korea, Russian Federation and the United States. 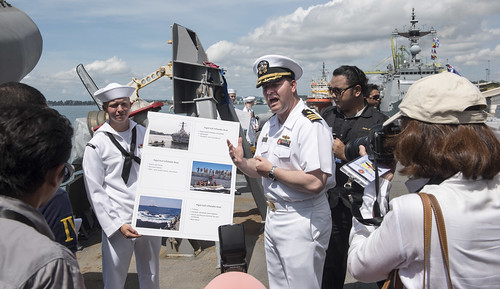