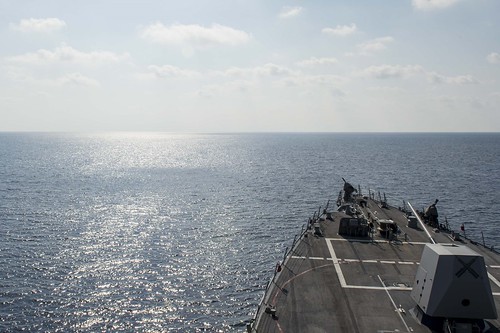 U.S. Navy ships conduct routine patrols like this one in the 7th Fleet area of operations throughout the year and average roughly 700 days annually in the South China Sea alone. The guided-missile destroyer USS Stockdale (DDG 106) completed a similar patrol, March 5.

JCSSG is providing a ready force supporting security and stability in the Indo-Asia-Pacific.