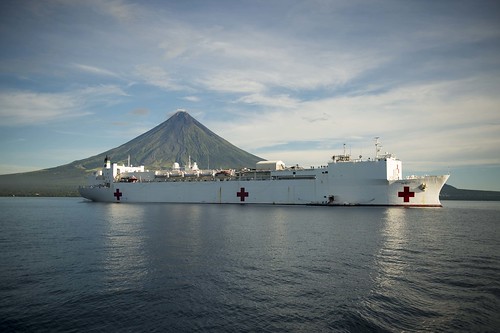 USNS Mercy (T-AH 19) sits anchored off the coast of Legazpi, Philippines, with Mount Mayon in the distance during the second mission stop of Pacific Partnership 2016. (U.S. Navy/MC1 Elizabeth Merriam)

This year marks the seventh time Pacific Partnership has visited the Philippines since their first visit in 2006.

While in Legazpi, Pacific Partnership worked with civilian and military personnel during a five-day humanitarian assistance and disaster response seminar.

"A key aspect of [this stop] was the disaster relief symposium," said Capt. Mike Spruce, Royal Australian Navy Reserve, deputy mission commander of Pacific Partnership 2016. "The Philippines suffer awful natural disasters, so it's vital that as partners we know how to work together to enable faster relief."

The disaster response workshop was co-hosted by the Armed Forces of the Philippines and Pacific Partnership 2016. Filipino civilian and military personnel worked with the Pacific Partnership team to step through response procedures on disasters such as a Category 5 typhoon striking the city and a volcanic eruption.

In addition to the two workshops, medical personnel embarked aboard hospital ship USNS Mercy (T-AH 19) conducted SMEEs with their Filipino counterparts on topics such as nursing, blood banking, preventative medicine and engineering. CHEs were held in Ligao City, Tabaco City and Duraga. Each engagement was run by medical personnel from the Armed Forces of the Philippines, local hospitals and Pacific Partnership 2016.

"It was a great experience," said Hospital Corpsman 3rd Class Charles Nugent. "Working alongside with the locals and learning from each other was awesome and it's something I'll always remember."

See photos from the various Pacific Partnership activities on Flickr.

The engineering projects -- led by U.S. Navy Seabees, Marines, and the Armed Forces of the Philippines -- included the construction and renovation of Mabini water tower, Kinawitan Elementary School and Comun Elementary School, which will now also serve as civilian shelters during disasters.

"The areas often flood during bad weather, so to prevent that we cleared a lot of dirt and had a concrete pour which will help minimize flooding," said Utilitiesman 3rd Class Amber Woods. "Seeing the kids happy and always waving at us is great. It's that extra motivation that keeps us going and it feels good."

The Armed Forces of the Philippines also worked with U.S. service members at the engineering sites.

"They're so friendly, we put a lot of sweat into the projects together and meshed very well, they were a great addition to the team," added Woods.

The rock group, "Big Wave," from the U.S. Pacific Fleet Band played at various locations throughout the city with service members from the Armed Forces of the Philippines.

"It was a great experience for the band to be able to share our talents with that of the host nation's," said Musician 3rd Class Jason Andrews. "Music is a tool that we can use to communicate when we don't speak their language, so the ability to play together was great and it really means a lot to the band."

"Pacific Partnership at its core is about nations working together," said Rear Adm. Brian Hurley, commander, Task Force 73. "This teamwork among nations can only occur through sustained relationships. Now in its 11th year, Pacific Partnership allows us to continually build relationships with nations across many years and across the vast area that is the Pacific Ocean."

After the Philippines, Mercy will conduct mission stops in Vietnam, Malaysia and Indonesia. Pacific Partnership 2016 is focused on enhancing relationships and multinational-interoperability through knowledge exchange and cooperative training, ensuring partner nations are prepared to collectively and effectively respond when disaster strikes. 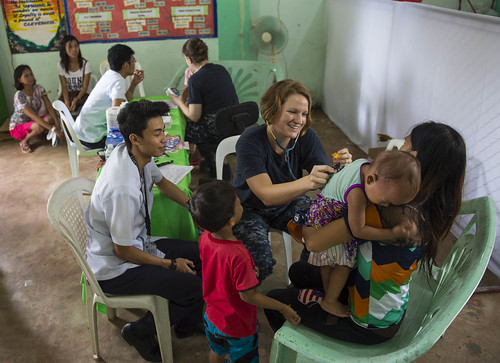 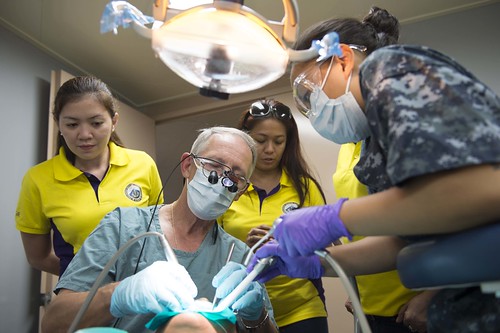 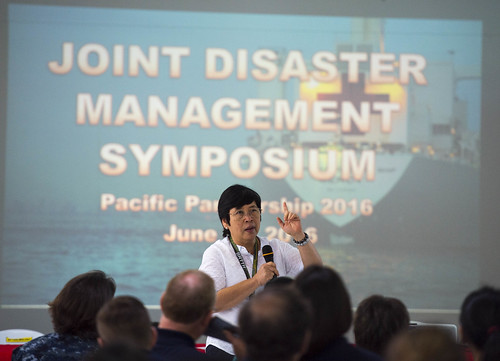 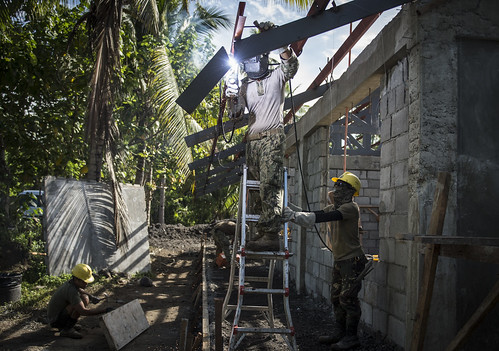 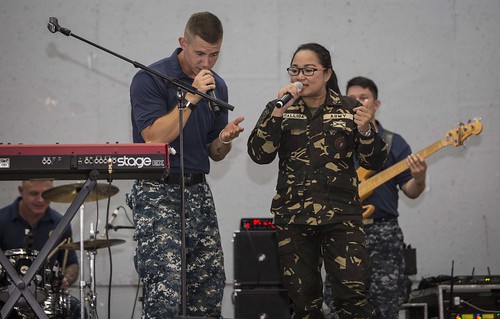