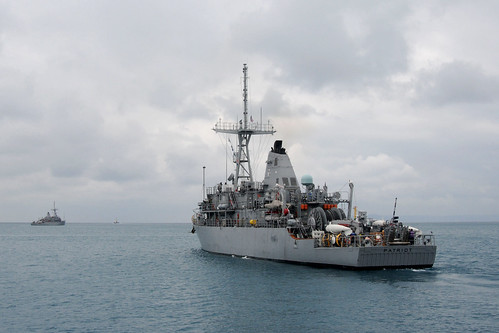 MCMEX 2JA is an annual bilateral exercise held between the U.S. and Japan to strengthen interoperability and increase proficiencies in mine countermeasure operations.

"We are looking forward to working again and learning from our Japanese counterparts," said Capt. Jim Miller, commodore, Mine Countermeasures Squadron (MCMRON) 7. "Mine countermeasures remains a critical capability in this dynamic theater. And this exercise will pay dividends in increasing our ability to execute these types of missions."

The exercise will culminate in a combined phase in which U.S. and JMSDF will coordinate and communicate to clear a route for ships through a simulated minefield in one of the designated exercise areas.