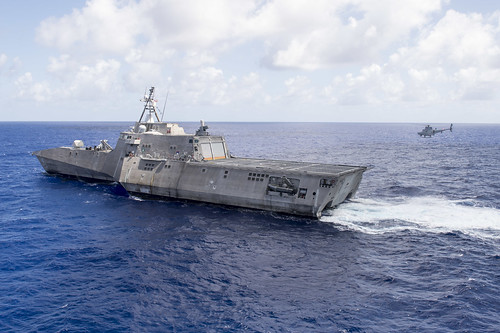 Coronado arrived in Singapore on Oct. 16 following a busy operational schedule that included participation in the 2016 Rim of the Pacific (RIMPAC) exercise off the coast of Hawaii and a Pacific Ocean transit.

The ship was deployed to Southeast Asia to partner with regional navies and enhance maritime security relationships. While underway, USS Coronado’s crew will train and sharpen their seafaring skills in preparation for operations and cooperative security engagements scheduled during the ship’s rotational deployment to the Indo-Asia-Pacific.

“We have a significant amount of unit-level sustainment training scheduled this week, to include man overboard drills, quick-draw serials, gun shoots, boat operations, and engineering casualty control exercises,” said Cmdr. Scott Larson, commanding officer of USS Coronado. “I'm extremely proud of the attitude and focus the team continues to apply as we take Coronado through her maiden deployment to the region."

The ship's maintenance availability began in early November following a local underway period for training and operational testing. Many of the ship’s departments worked with external technical representatives to complete work and repairs to ready the ship for underway operations.

"Our time at sea gives the team an invaluable opportunity to flex the ship following a very busy maintenance and repair period over the past few weeks,” said Larson. “During the in-port period, the Aviation Detachment was also able to complete extensive "D" Phase maintenance to our MH-60S helicopter while deployed, an LCS Program first. Putting to sea and completing the required functional check flight of the aircraft is another key objective of this underway.”

"A “D” phase is the most intrusive period of organizational level maintenance our helicopter undergoes,” said Young. “I’ve seen a “D” phase take as long as two and a half weeks, but our team did it in seven days. That’s pretty incredible and we couldn’t have done it without the support of Crew 204.”

Currently on a rotational deployment in support of the Asia-Pacific Rebalance, Coronado is a fast and agile warship tailor-made to patrol the region’s littorals and work hull-to-hull with partner navies, providing 7th Fleet with the flexible capabilities it needs now and in the future. 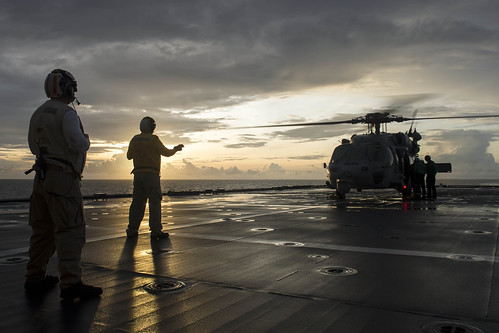