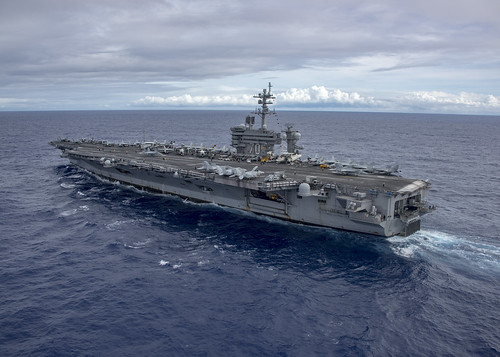 While there, Sailors will enjoy some time off and have an opportunity to participate in several projects and activities as part of the ship’s community outreach program.

Since beginning their deployment in early January, the approximately 7,500 Sailors of the Carl Vinson Carrier Strike Group have been conducting training and maritime security operations.

Throughout the deployment in the Indo-Asia-Pacific, the strike group will remain focused on maritime security and theater security cooperation efforts, to include conducting bilateral exercises in areas such as anti-submarine warfare, maneuvering, gunnery, and visit, board, search, and seizure (VBSS) and subject matter expert exchanges.