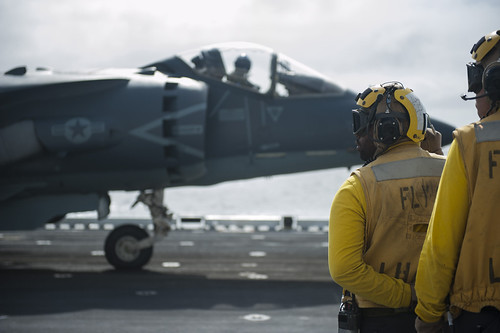 Honing and refining tactic skills are vital to the America ARG's progression through the preparation phase as the ARG readies for deployment later this year.

"Group sail is about getting all three of the America ARG ships out to sea and flexing the composite warfare concept," said Capt. Homer Denius, commanding officer, Amphibious Squadron 3. "These pre-deployment training exercises allow for us to operate in a safe, yet realistic environment. Once we understand how to operate the three ships together, we can then embark our Marine Corps team and train in a fully-integrated environment."

The America ARG is commanded by Commander, Amphibious Squadron 3 and consists of America, San Diego, Pearl Harbor, and more than 2,400 Marines from the 15th Marine Expeditionary Unit.

U.S. 3rd Fleet leads naval forces in the eastern Pacific Ocean and engages in joint, interagency, and international relationships which strengthen the ability to respond to crises and protect the collective maritime interests of the U.S. and its allies and partners. 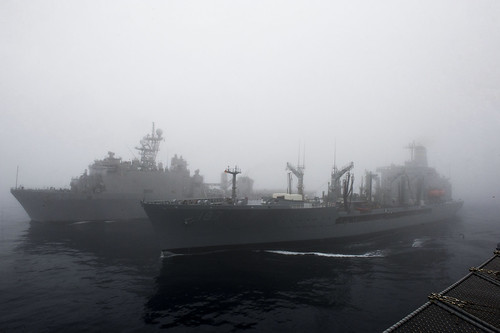