PHIBRON 11 ships out to sea for regional patrol 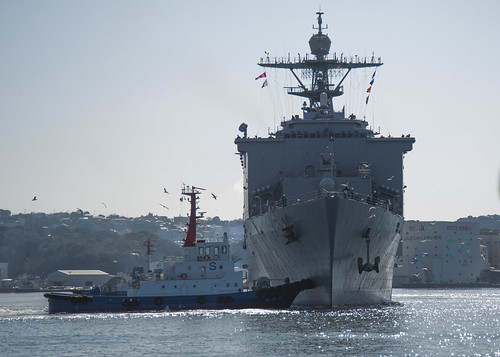 "During this patrol, we are looking forward to the U.S. Navy/Marine joint effort to preserve amphibious readiness and increase operational capabilities in the Pacific," said Capt. George Doyon, commodore of Amphibious Squadron 11.

The three ships of Amphibious Squadron 11 will make up the amphibious core of the BHR ESG, with potential for cruiser-destroyer assets to integrate when needed.

While on patrol, the BHR ESG and 31st MEU will conduct U.S. Navy-U.S. Marine integration training and participate in bilateral training with regional counterparts.