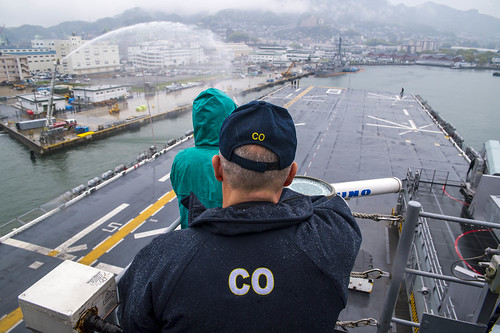 "We completed some valuable training on this patrol," said Capt. Jeffrey Ward, Bonhomme Richard's commanding officer. "The crew did a fantastic job working with the Marines. We increased our level of knowledge and enhanced our readiness to respond, and we did it safely and as a team. We're returning to Sasebo with a sense of accomplishment and pride."

During the patrol, Bonhomme Richard (BHR) and the 31st MEU completed amphibious integrated training (AIT) and a certification exercise (CERTEX).