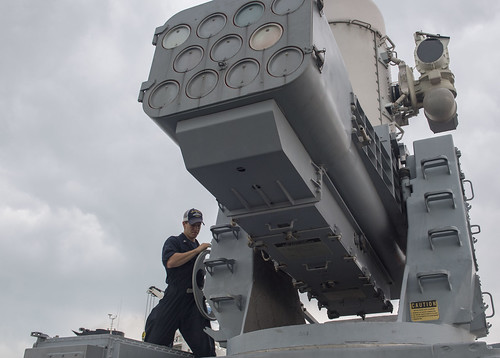 In this file photo, a Sailor conducts maintenance on a SeaRAM system aboard USS Coronado (LCS 4) in Singapore in March. (U.S. Navy/MC2 Amy M. Ressler)

The drone was simulating an anti-ship missile as part of a Combat System Ship Qualification Trials (CSSQT) event to demonstrate the self-defense capability of the ship against an aerial target.

"I couldn't be more proud of my crew and all the hard work we have put forth in preparing for and accomplishing the CSSQT events," said Cmdr. Patrick Keller, Jackson's commanding officer.

"It's been a long journey, with a lot of training, effort, and dedication," said Keller. "These events further demonstrate that my team is ready to fight and defend Jackson, and that our ship is ready when called. I couldn't be happier with the results."

Constructed by Austal USA in Mobile, Alabama, USS Jackson is an Independence variant LCS and the third vessel of the trimaran design. Jackson was christened on March 22, 2014 and commissioned on December 5, 2015 in Gulfport, Mississippi.

LCS is a high-speed, agile, shallow draft, focused-mission surface combatant designed for operations in the littoral environment, yet fully capable of open ocean operations. LCS is complementary to the surface fleet, with the ability to counter and outpace evolving threats independently or within a network of surface combatants. Paired with advanced sonar and mine hunting capabilities, LCS provides a major contribution, as well a more diverse set of options to commanders, across the spectrum of operations. 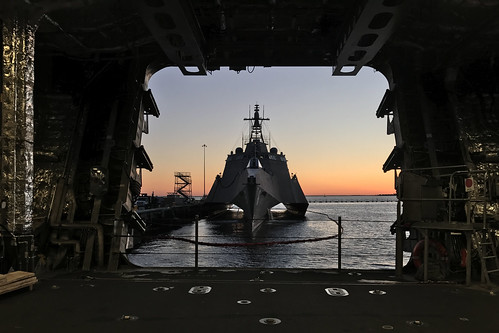