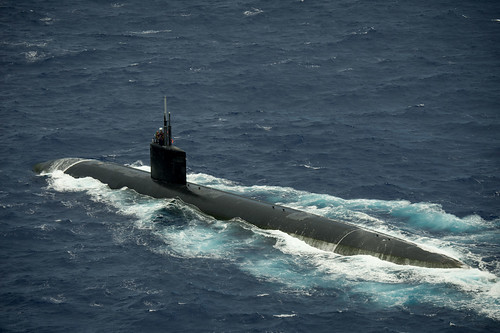 The visit strengthens the already positive alliance between the U.S. and Japan through the crew's interaction with the Japan Maritime Self-Defense Force. It also demonstrates the U.S. Navy's commitment to regional stability and maritime security in the U.S. 7th Fleet area of operations.

Cheyenne is a Los Angeles-class submarine with some of the most advanced submarine systems in the world. Its speed, stealth, mobility and sheer firepower make it one of the most powerful weapons in the U.S. national defense arsenal. This submarine is capable of executing anti-submarine warfare, anti-surface ship warfare, strike, naval special warfare, irregular warfare, and mine warfare.

Measuring more than 362 feet long and weighing more than 6,500 tons when submerged, Cheyenne is one of the stealthiest submarines in the world.

Homeported in Pearl Harbor, Cheyenne is named for the city of Cheyenne, Wyoming. Commissioned on Sept. 13, 1996, Cheyenne was the last of the 62 Los Angeles-class submarines to be put into service.