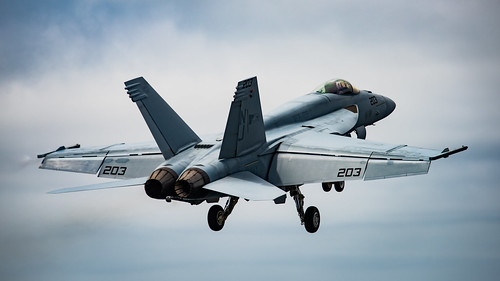 "Being at sea for FRS CQ gives us practice at what we do on deployment: launching and recovering aircraft," said Hammond. "We can't always be underway with Carrier Air Wing (CVW) 2, so these operations help us stay sharp and hone our craft while helping new pilots gain proficiency."

Hammond went on to say the purpose of FRS CQ is to qualify new naval aviators for duty operating with an aircraft carrier.

"Carrier qualifications allow fleet replacement squadrons to get pilots carrier qualified, so they can join their fleet squadrons," said Hammond. "Some are brand new and have never flown fleet aircraft. Some are transitioning aircraft or are requalifying in their original aircraft. Practicing launching and recovering from Carl Vinson will be their last step before going to a fleet squadron."

Hammond said the work done during FRS CQ benefits not just Carl Vinson and the squadrons, but the entire fleet.

"These operations support the larger mission of sending qualified pilots into the fleet to join their squadrons," said Hammond. "While these pilots will be sent to squadrons across the fleet, some of them could very well be assigned to Carl Vinson's air wing when we depart for next deployment." 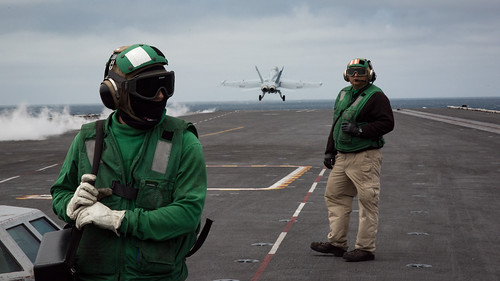