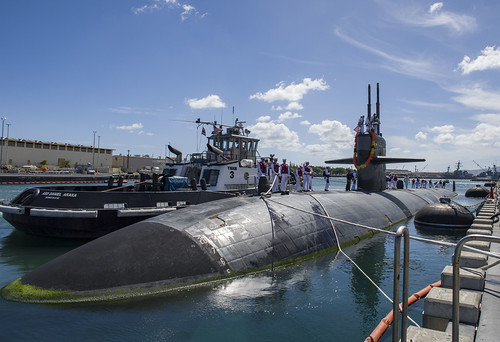 Jacksonville and her crew steamed more than 48,000 nautical miles while conducting maritime security operations in the U.S. 5th Fleet and 7th Fleet areas of operation, and joint exercises with the Japan Maritime Self-Defense Force and Indian Navy.

"The crew performed superbly throughout the whole deployment," said Cmdr. Steven Faulk, commanding officer of Jacksonville. "They represent the finest of what our country has to offer."

While deployed, 33 submariners earned their qualification to wear the submarine warfare device, and 16 Sailors were advanced in paygrade.

"Everyone aboard performed their duties exceptionally well," said Master Chief Electronics Technician (Submarine) Kevin Rollert, Jacksonville's chief of the boat. "Being deployed for eight months is challenging, and the crew stepped up to the challenge and executed perfectly.

Rollert added, the crew was a tremendous asset to the operational commander, and everyone gained important experiences during the 209 days out at sea.

Commissioned May 16, 1981, USS Jacksonville is named after Jacksonville, the largest and most populous city in Florida, and is the first ship to bear the name. The boat's mission is to seek out and destroy enemy ships and submarines and to protect U.S. national interests. At 360-feet-long and 6,900 tons, Jacksonville can be armed with sophisticated MK48 advanced capability torpedoes and Tomahawk cruise missiles. 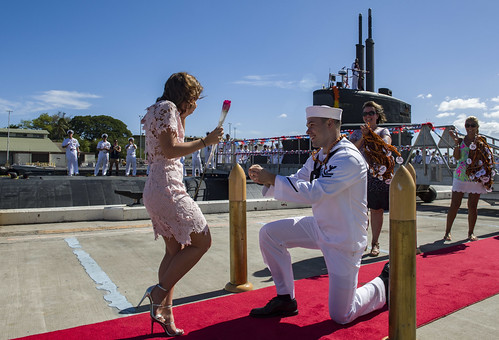