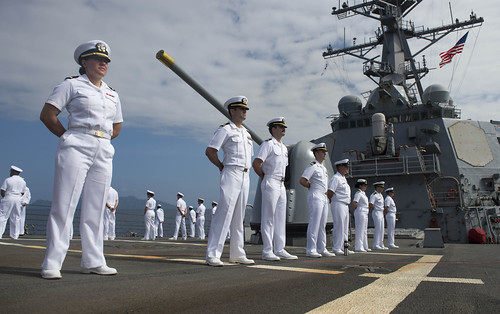 The World War II battle at Guadalcanal was fought on and around Guadalcanal, an island of the Solomon Islands, between the Allied Forces and the Empire of Japan. From Aug. 7, 1942 to Feb. 9, 1943 the two forces fought for control of the island as a strategic location in the Pacific theater during the war.

Cmdr. Dave Huljack, commanding officer of Barry, and crew hosted, military and civilian dignitaries from the United States, Solomon Islands, Australia, New Zealand and Japan, during a welcome reception on the flight deck to start the four day commemoration.

"The Battle of Guadalcanal, as we all know, is among the fiercest battles fought in the 20th century as many of the brave paid the sacrifice for the ultimate price: peace and freedom," said Solomon Islands Prime Minister Manasseh Sogavare. "We are grateful to these many men who fought with courage to ensure this region is enjoyed today. Solomon Islands is committed to continuing to strengthen our engagement with the United States of America in the Pacific Region."

During the four days on shore, Sailors participated in a variety of ceremonies and memorial services honoring those who served during the battle. Ceremonies took place at the American Skyline Memorial Park, the Solomons Scouts and Coastwatchers Memorial, a U.S. Coast Guard memorial service at Point Cruz Yacht Club, the Japanese Peace Memorial and Bloody Ridge.

"It is an opportunity of a lifetime," said Huljack. "My crew and I are honored to be here on behalf United State Navy, to commemorate the battles hard fought and won by the Marines and Soldiers on these beaches and hills and to represent and honor the 5,000 Sailors who paid the ultimate sacrifice here in Iron Bottom Sound while defending peace and freedom."

Separate from the 75th commemoration, Sailors from Barry volunteered at the Red Cross Special Development Center of Honiara, a school for children with physical disabilities, and spent three days repainting the interior and exterior of the schoolhouse.

Gas Turbine System Technician (Mechanical) 3rd Class Janitza Espejo was among the many volunteers who worked on the school.

"The opportunity to volunteer with the Red Cross was mind-expansive. They [Solomon Islanders] truly are thankful," said Espejo. "They are the cornerstone of what humanity is supposed to focus on: loving, bonding and caring for each other."

The Red Cross hosted the Sailors for three days and concluded the community volunteer event with a barbecue featuring traditional beef and fish, local beverages and dance performances from the Elekwai Cultural Performing Arts Group. 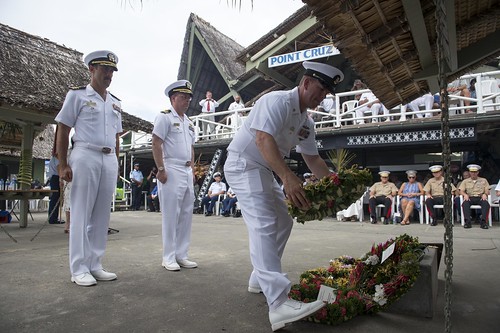 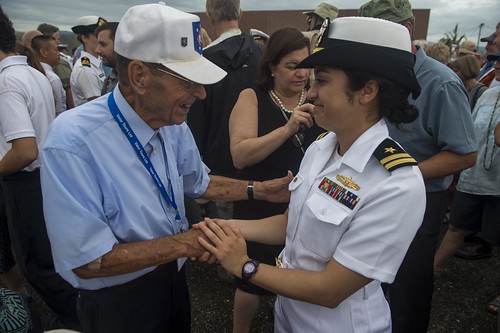 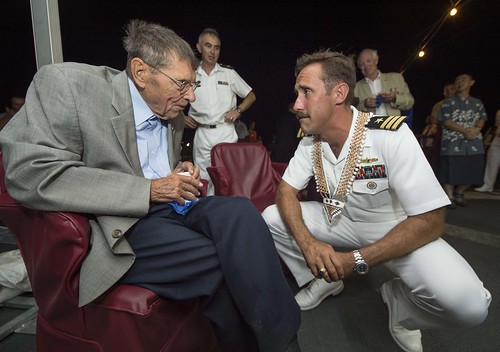 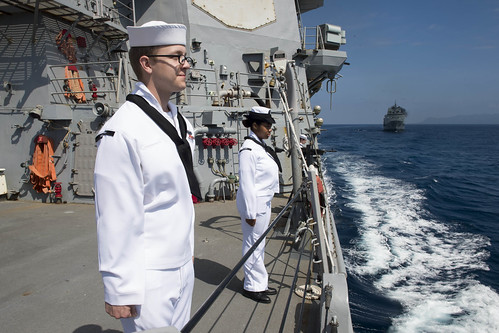