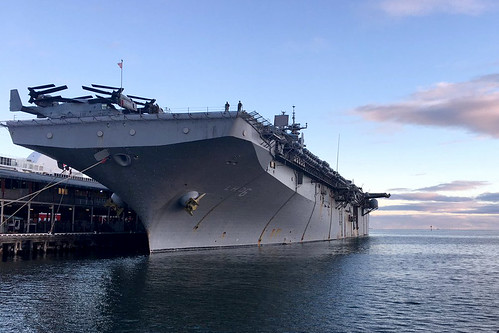 USS Bonhomme Richard (LHD 6) sits along the pier in Melbourne after arriving for a port visit, Aug. 28. (U.S. Navy photo)

Bonhomme Richard and the embarked 31st Marine Expeditionary Unit (MEU) recently completed amphibious integration training (AIT) and a certification exercise (CERTEX), which tested the MEU’s ability to conduct all of its core missions such as stability operations, non-combatant evacuation and disaster relief.

“Over the past month, BHR’s crew has been doing remarkable work,” said Capt. Larry McCullen, Bonhomme Richard’s commanding officer. “Our blue-green team came together to execute AIT and earn certification as true professionals. As we arrive in Melbourne for some well-earned liberty, we look forward to experiencing the sights and sounds of the city.”

While in port, Sailors and Marines will have the opportunity to interact with the local community through community relations (COMREL) events and Morale, Welfare and Recreation (MWR) tours. Bonhomme Richard’s MWR office has coordinated a wide variety of events and tours to help Sailors and Marines enjoy the sights, wildlife, food and culture of the Melbourne area, including a trip to a wildlife sanctuary and a local rugby match.

“I wanted to see a rugby game while in Australia, because it’s a thing you just have to do,” said Hospital Corpsman 3rd Class Amber Greenwood, from Seattle. “I think it will be fun. I like sports so I know I will be entertained.”

Greenwood said that getting involved and attending local events in each port during deployment has allowed her to gain a new understanding and appreciation for the Australian culture and community, and she hopes the same will be true in Melbourne.

The port visit follows the completion of the biennial, bilateral exercise Talisman Saber 2017 (TS17), which united 33,000 U.S. and Australian personnel to strengthen the U.S.-Australian alliance by building on partnerships, interoperability and the ability to respond to contingencies in the region.

Bonhomme Richard, flagship of the Bonhomme Richard Expeditionary Strike Group, is operating in the Indo-Asia-Pacific region to enhance partnerships and be a ready-response force for any type of contingency. 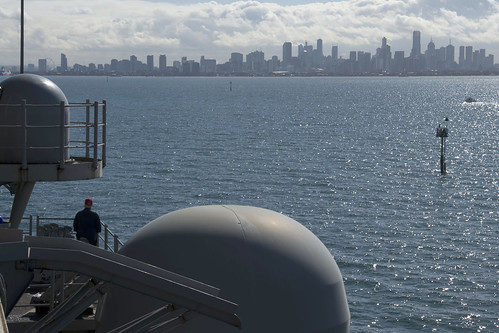