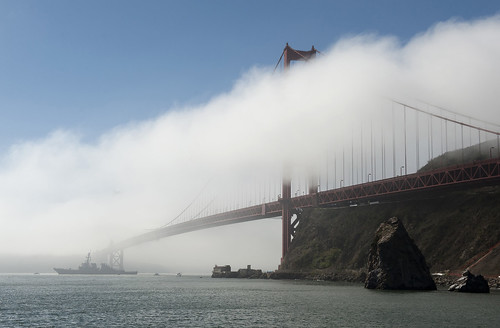 San Francisco Fleet Week 2017 is an opportunity for the American public to meet their Navy, Marine Corps and Coast Guard team and experience America's sea services. More than 2,000 Sailors, Marines and Coast Guard members are scheduled to take part in San Francisco Fleet Week 2017 to celebrate the rich history of America's naval forces and the Bay Area. This engagement will highlight military personnel, equipment, technology and capabilities with an emphasis on humanitarian assistance and disaster response (HA/DR).

Throughout the week, service members will have an opportunity to engage with the local community in a series of service projects and enjoy premier events including the Blue Angels air show and parade of ships. The Navy Blue Angels are scheduled to perform at the air show on Oct. 6-8.

Additionally, San Francisco citizens will have opportunities to tour the ships and meet service members. Tour dates and times are available on the San Francisco Fleet Week website.

The public is encouraged to attend tours and interact with Sailors, Marines, and Coastguardsmen.