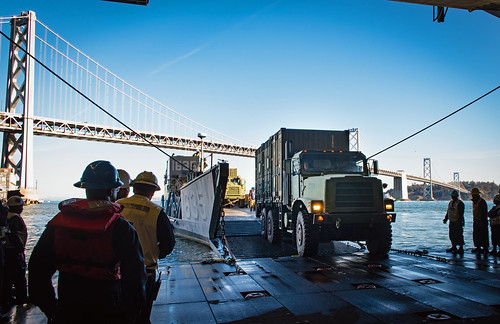 SAN FRANCISCO - Armored trucks, military canvas tents, and dozens of medical and emergency response personnel stand in the shadow cast by Zuckerberg San Francisco General Hospital and Trauma Center in San Francisco. Such an array of personnel and equipment would normally only be assembled in response to a catastrophic disaster. Today, however, the theme is education.

“We have educated ourselves with a series of exercises. We have discussed how we will integrate and respond,” Barone said. “Now we’re here today to educate the public.”

The DoN and emergency response personnel showcased to civilians the unique resources and skills each group would provide in response to an emergency.

“We are all about educating our community,” Barone said.“ This provides a visual as to what people can expect from us during an emergency.”

Barone said exercises like DCSA are an essential part of Fleet Week.

“Fleet Week is multidimensional,” Barone said. “It’s about building both capabilities and relationships, and this exercise really highlights both. It's all about the connections we form.”

Barone said that recent events such as the hurricane disaster relief efforts throughout the United States, Puerto Rico, and Mexico highlight the need for exercises such as DCSA.

Lt. Rob Parker, officer in charge of 1st Medical Battalion Charlie Surgical Company, the unit that provided tours of mobile medical stations at the event, said the DCSA exercise is a critical component of the larger fleet week community interaction and training plan.

“It’s not every day that our civilian partners get to see and interact with their Sailors and Marines, and that is a hugely important part of fleet week,” Parker said. “The underlying purpose, however, is to test our response to a natural disaster at home.”

Parker said the training represents a tonal shift from foreign theaters to the domestic front for most DoN personnel.

“We are mentally prepared to be forward-deployed at the drop of a hat,” Parker said. “However, this exercise reminds us that it could be here at home that we are needed next.”

Fleet week provides an opportunity for the American public to meet their Navy, Marine Corps, and Coast Guard team and to experience America's sea services. Fleet Week San Francisco will highlight naval personnel, equipment, technology, and capabilities, with an emphasis on humanitarian assistance and disaster response. 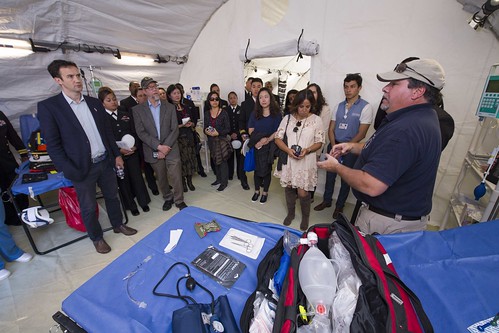