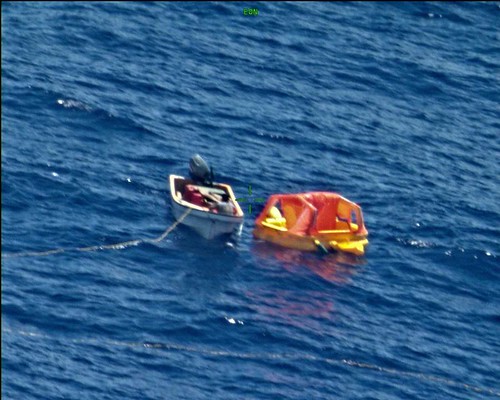 Three fishermen wait to be rescued after being located by a P8-A Poseidon, Feb. 20. (U.S. Navy)

The 19-foot skiff was first reported missing Feb. 12 after it failed to return from a fishing expedition near Chuuk Lagoon in the Federated States of Micronesia. According to the report, the boat carried food and water, but no safety equipment or radios. Assets from U.S. Coast Guard Sector Guam searched for the vessel for several days before requesting assistance from the U.S. Navy.

The VP-8 aircrew and maintenance team were tasked to support the search and rescue (SAR) operation, repositioning on short notice from Kadena Air Base, Japan, to Andersen Air Force Base.

The crew flew the Navy’s newest maritime patrol aircraft, the P-8A Poseidon, which is equipped with an advanced APY-10 multifunction radar and MX-20 camera system, ideal for searching the 2,100-square-mile area. The vessel was located after only three hours and the aircrew deployed a UNI-PAC II search and rescue (SAR) kit, a new addition to the maritime patrol and reconnaissance aircraft (MPRA) fleet and the first time the kit had been successfully deployed by a P-8A in real-world SAR operations.

SAR kits are deployed at approximately 500 feet with a 150 yard trailing lanyard to deliver equipment as accurately as possible to survivors in the water. Kits generally include medical supplies, food, water, communications, and signaling equipment, but can be configured with additional supplies depending on the mission type.

The three survivors were picked up by a nearby police vessel a few hours after being located by VP-8.

“It was incredibly rewarding to be a part of saving lives—it’s what everyone joins the Navy to do,” said Lt. Miles Schumacher, the tactical coordinator of the VP-8 aircrew. “This aircraft allows for a massive step forward in the ability of SAR units to search large areas quickly and effectively, and we were excited to have the SAR kit loaded and be able to prove its effectiveness. We successfully demonstrated the capability of the MPRA community to react quickly and effectively to operational requirements in the farthest corners of the globe. Hopefully this is just the first of many successful rescues by P-8A Poseidon aircrews.”

VP-8 is deployed to the U.S. 7th Fleet area of area of operations conducting theater and national level tasking. 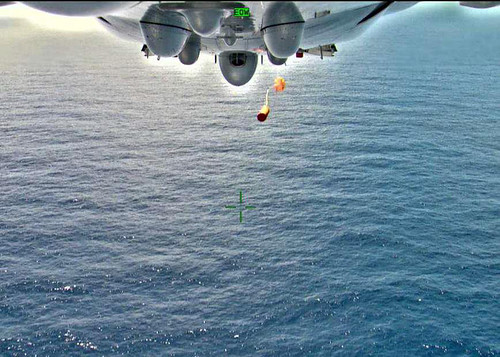 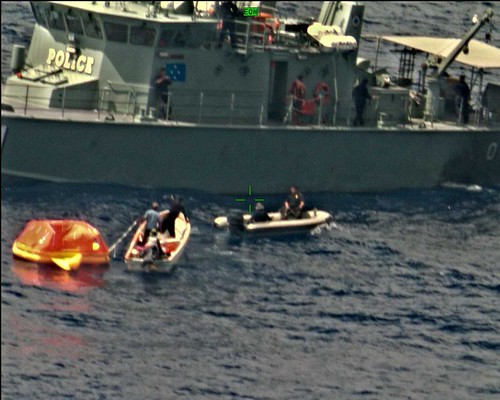 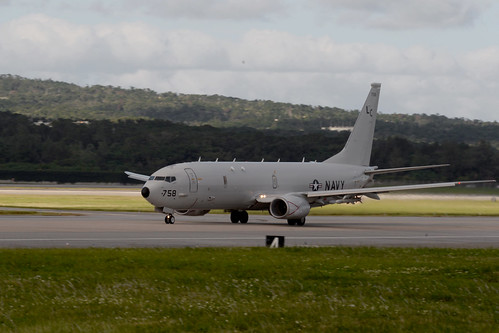 In this file photo, a P-8A Poseidon assigned to Patrol Squadron (VP) 8 takes off from a runway at Kadena Air Base, Japan, in November. (U.S. Navy/MC1 Jerome Johnson)