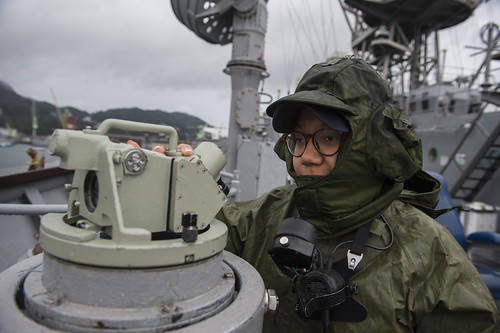 Ashland is deploying after several months of maintenance and training in preparation for a Board of Inspection and Survey (INSURV) that will take place in late spring. The amphibious certification assessment will test the ship's ability to land and launch landing craft prior to upcoming amphibious operations.

Ashland, assigned to the Wasp Expeditionary Strike Group (ESG), is scheduled to embark Marines of the 31st Marine Expeditionary Unit (MEU) and associated equipment to support a range of training and missions in the region.

"Our presence is a commitment to the region and to maintain interoperability across a broad spectrum of missions with our partners and allies," said Cmdr. Steven H. Wasson, Ashland's commanding officer. "I look forward to enhancing our partnerships during this deployment."

Ashland completed a five-month deployment in Nov. 2017, where the ship participated alongside Australian forces in the bilateral exercise Talisman Saber off the coast of Australia; conducted amphibious training with the MEU; and partnered with 3rd Marine Division for joint exercise Blue Chromite.

"When we returned, the crew had a chance to recharge their batteries and get trained up by Amphibious Training Group and the numerous inspectors they have aboard," said Ashland's Command Master Chief Ryan M. Colosimo. "There was no doubt in my mind that we would be ready. The crew is professional, sharp, and they are ready to go."

As an amphibious dock landing ship, Ashland is capable of taking several landing craft and mechanized Marine equipment, in addition to about 500 Marines.

Many of the new Sailors aboard Ashland are looking forward to operating at sea and developing skills.

"I'm ready to be out at sea," said Quartermaster Seaman Alex Gray, from San Antonio, Texas. "I like being in port, but I joined the Navy to travel and anytime we leave means I get to go see something new. It's hard work, no doubt about that, but I feel like it all pays off in the end."

The Wasp ESG is on a routine patrol operating in the Indo-Pacific region to enhance interoperability with partners and serve as a ready-response force for any type of contingency.