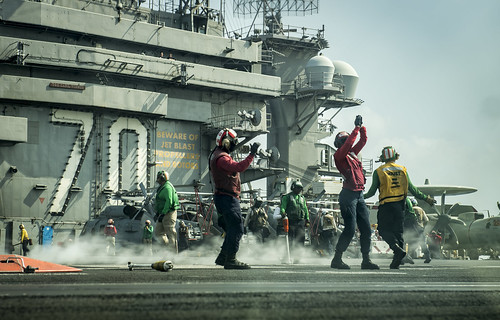 As part of the exercise, four JMSDF liaison officers have embarked Carl Vinson to support combined operations. The operations will include formation steaming as well as anti-submarine and air-defense training. Ise will also conduct a replenishment-at-sea with Carl Vinson.

Michael Murphy conducted a passing exercise with the French frigate FNS Vendémiaire while operating in the Western Pacific and South China Sea in January and February. Sailors practiced communication and shiphandling techniques.

The strike group completed a historic port visit to Vietnam, March 9, which marked the first time an aircraft carrier visited in more than 40 years.