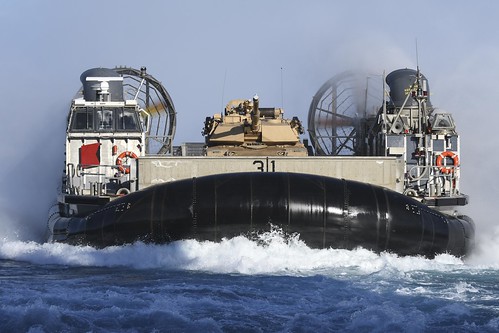 PMINT is the first part of a three-phase certification process to test the ARG’s mission readiness. During the exercise, more than 1,700 Sailors and 2,500 Marines will integrate to complete a series of evolutions designed to enhance interoperability within the ARG-MEU team.

This joint exercise allows the Navy-Marine Corps team to train as one cohesive unit.

“PMINT is a great training opportunity for our Marines to integrate with our Navy brethren,” said Col. Chandler Nelms, Commanding officer, 13th MEU. “This exercise provides the ARG-MEU team the opportunity to further develop its ability to rapidly plan and execute complex operations in an unfamiliar environment while distributed between three ships and operating from austere locations.”

“This is the first time, in a long time, that our Sailors and Marines will come together and execute training evolutions as a fully staffed, multipurpose amphibious force,” said Capt. Jason A. Burns, Essex’s commanding officer. “As we quickly approach deployment, these evolutions are invaluable, ensuring our war fighting skills are sharp and lethal.”

The Essex ARG and 13th MEU are scheduled to deploy later this year. Upon completion of PMINT, they will move onto the next phase in the certification process, ARG/MEU Exercise.