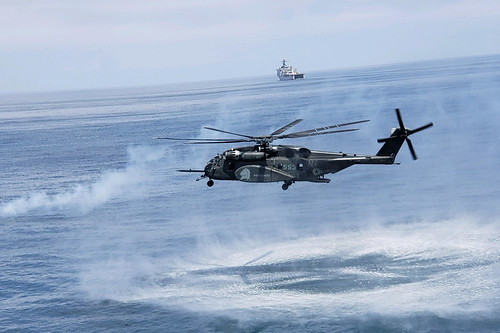 SAN DIEGO - The tactical free play phase of mine warfare operations in the Southern California (SOCAL) area of operations in support of the Rim of the Pacific (RIMPAC) exercise finished, July 27.

The tactical free play phase is one of the five phases of the exercise, and the most complex training for participating units in mine warfare operations.

“I am immensely proud of the work our RIMPAC Mine Warfare Task Force completed during the exercise to achieve national and international training objectives, and I am confident that the strong partnerships and increased capability we developed will ensure our mutual security and prosperity,” said Welch.

The mine warfare training operations were structured into five phases: staging and integration; force integration training; two simultaneous tactical phases including the tactical free play phase; and a debrief and refurbishment period. The objectives for the CTF 177 team included the assessment of mine countermeasure forces in confined waters and sea lines of communication.

CTF 177 operations in RIMPAC SOCAL were part of a number of firsts this year. It was the first time that a Royal New Zealand Navy commander led the UMCM effort in a RIMPAC exercise; the first operational, fleet testing of the Airborne Laser Mine Detection System and Airborne Mine Neutralization System ; the first year that MSRT-W participated in the SOCAL area of operations; and the first joint training between naval and merchant maritime experts in RIMPAC.

Twenty-five nations, 46 ships, five submarines, 200 aircraft, and 25,000 personnel are participating in RIMPAC from June 27 to Aug. 2 in and around the Hawaiian Islands and Southern California. The world’s largest international maritime exercise, RIMPAC provides a unique training opportunity while fostering and sustaining cooperative relationships among participants critical to ensuring the safety of sea lanes and security of the world’s oceans. RIMPAC 2018 is the 26th exercise in the series that began in 1971.