An Icy Reminder in an Arctic Thaw 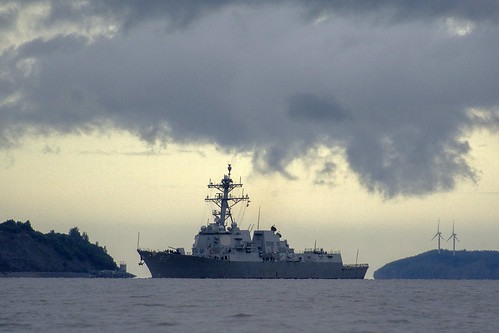 USS Momsen (DDG 92) is visiting Anchorage, Alaska, this week in support of the 2018 Arctic Maritime Symposium. The three-day event focuses on providing participants opportunities to engage with Artic intergovernmental and military representatives, academia, and experts. Given the Navy has operated in the Arctic for decades, this kind of visit might not look like anything special. Couple the ship's visit, however, to calls on Alaska by the Navy, Army and Air Force service secretaries - all this month - and it's obvious something has our collective attention. Have no illusions: There are competing interests in the waters at the top of the world. The race is on.

A great-power competition has reemerged as the central challenge to U.S. security and continued prosperity for all Pacific nations. The globe is still round. And more than 70 percent of it is still covered in water. What's changed? The once inhospitable maritime environment in and around the Arctic is thawing. The same is true for the icy waters at the top of the Pacific Ocean in the Bering Sea, bracketed on the south by Aleutian Islands and to the north where it connects to the Arctic Ocean. The means to operate in this region for military and commercial interests are more possible than ever. These warmer climes bring new opportunities - but also vulnerabilities - to our commerce, security and way of life.

Amazingly, as if a macabre prequel to this week's symposium, the stern section of the WWII destroyer USS Abner Read (DD 526) was discovered off the coast of Kiska Island (Alaska). The National Oceanic and Atmospheric Administration's (NOAA) Office of Ocean Exploration and Research released exploration imagery of the watery grave for 70 Sailors. This announcement comes some 75 years to the week after the ship was believed to have hit a mine. The U.S. and Japan had been battling each other and the harsh elements there since early June 1942.

For some of the same reasons as today, the waters off Alaska and the Arctic were key strategic areas in WWII. Many Americans are aware of the Battle of Midway - but it was a complementary action off the Aleutians launched simultaneously by the Japanese that gives leaders pause now. While the famous naval aircraft carrier battle in the middle of the Pacific captured the world's attention, Japanese carrier-based aircraft were also attacking Dutch Harbor in the Aleutians. For roughly the following year, Japanese forces occupied the U.S. territory. Japan understood the geography, and hoped to prevent the U.S. from using the islands as a base from which they could more directly attack their homeland. USS Abner Read was operating there in support of operations to eradicate the occupiers - only to find in mid-August that the Japanese had abandoned the island.

It was very early the morning of Aug. 18, 1943, when an otherwise quiet patrol was rocked by a violent explosion aft. Although much of the Abner Read's hull plating at the rear of the ship was buckled, fast-acting repair parties shored the damage and prevented further flooding. It didn't take long for the stern section to literally break away and sink. The remainder of the Abner Read remained afloat. After recovering surviving Sailors, the ship was towed first to Adak, Alaska, and eventually to Puget Sound Naval Shipyard in Washington. In only a few short months, a new stern section was fashioned and affixed. Remarkably, the vessel and her determined crew returned to service in the Pacific War on Dec. 21, 1943. After contributing to numerous actions, she was sunk by a Japanese kamikaze on Nov. 1, 1944 while she patrolled a beachhead during the famed Battle of Leyte Gulf. Remarkably, only 22 members of Abner Read's crew were lost in this action. In her relatively short service, the ship earned four WWII battle stars.

Beyond these operational efforts, our nation must work alongside interagency and international partners to improve information sharing, and communications capabilities in the Arctic region. Promoting a safe, stable, and secure Arctic region by strengthening existing and fostering new cooperative relationships will be essential to fostering a climate of peace and prosperity. Doing so will require enduring commitment, investment and focus. What's the alternative?

The global security environment is increasingly complex as revisionist and emerging powers compete across all dimensions of power. There's ample evidence China and Russia want to shape a world consistent with their authoritarian model: Gaining veto authority over other nation's legitimate economic, diplomatic, and security decisions.

The men of the USS Abner Read who gave their lives 75 years ago who figuratively surfaced this week should haunt our national conscience. Their sacrifice should lend renewed urgency and commitment to our efforts in the region. These men also serve as a testament to our national resolve in sustaining a fair, rules-based international order that has benefited all like-minded countries for decades.

The world is getting warmer. Make no mistake: This great-power competition is heating up. Fast.

Capt. Dave Werner retired from the U.S. Navy in 2012 after 24 years. He currently serves as a public affairs specialist with the U.S. Pacific Fleet. 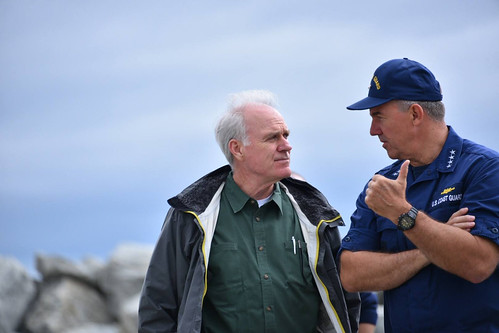 Secretary of the Navy (SECNAV) Richard V. Spencer speaks with Commandant of the Coast Guard Adm. Karl Schultz during a visit to Alaska, Aug. 13, which included meetings with officials in Anchorage, Adak and Nome to reinforce the strategic importance of Alaska and the Arctic to the U.S. Navy. (U.S. Navy) 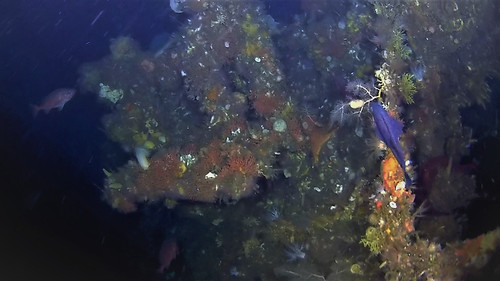 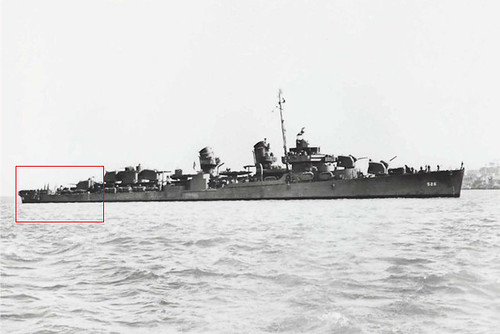 Historical image of USS Abner Read (DD 526). The red box indicates the section of the ship that was blown off after striking a mine on Aug. 18, 1943. (U.S. Navy photo)