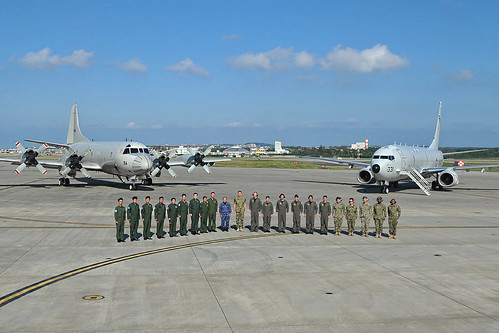 Keen Sword is a biennial exercise in a series of joint training exercises since 1986 designed to increase combat readiness and interoperability of U.S. forces and the Japan Self-Defense Force (JSDF) at military installations throughout Japan and surrounding waters.

Commander, Task Force (CTF) 72 is the U.S. Navy’s maritime patrol and reconnaissance aircraft (MPRA) operating platform within C7F. The training objectives for CTF-72's MPRA assets within KS19 are to demonstrate bilateral coordination and interoperability with air and surface forces and the ability to effectively operate as a combined naval force and to defeat adversarial maritime forces.

CTF-72 will execute 13 flights, consisting of both P-3C Orion and P-8A Poseidon aircraft in support of a joint war-at-sea event within KS19.

"Like any high-level exercise, there's always a lot of moving pieces to ensure safety and mission effectiveness,” said Trezise.