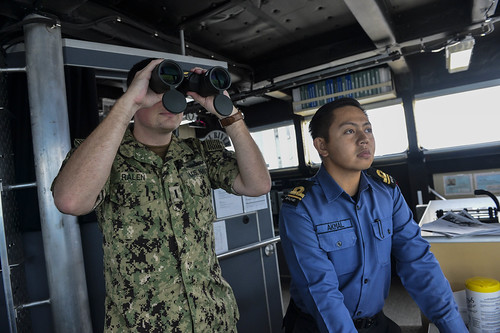 The sea phase took place in the South China Sea with ships and aircraft from both partner navies including the expeditionary fast transport ship USNS Fall River (T-EPF 4) and a P-8A Poseidon maritime patrol aircraft. Evolutions at-sea included a tracking exercise (TRACKEX) aimed at increasing both navies’ ability to together track and pursue targets through the coordinated deployment of surface ships and maritime patrol aircraft, anti-air warfare (AAW) exercise to increase proficiency in missile defense, and division tactics (DIVTACS) designed to enhance communication as ships sail together in complex maneuvers.

With the U.S.-Brunei relationship entering its fourth decade, the CARAT exercise reflects the growing relationship between both partner navies to further expand bilateral and multilateral exercises in cooperatively ensuring maritime security, stability and prosperity.

“Partnerships matter and persistent partnerships matter even more,” said Capt. Ann McCann, deputy commodore of Destroyer Squadron 7. “As one of the original CARAT partners, the Royal Brunei Armed Forces have been part of CARAT since the exercise series began in 1995, and we remain committed to further strengthening this vital partnership through more frequent and sophisticated engagements.”

Along with the annually-held CARAT exercise, the U.S. and Royal Brunei navies continue to participate in a growing number of bilateral and multilateral maritime exercises including this year’s 17th annual Southeast Asia Cooperation Training (SEACAT) and 26th biennial Rim of Pacific (RIMPAC) exercise. In August, the U.S. and Brunei Armed Forces held their first-ever army exercise in an effort to expand military engagements between both partner nations.

In a first during the exercise, Tynch had an opportunity to fly a Royal Brunei Air Force S-70i Black Hawk. “As an H-60 pilot myself, it was an incredible experience flying over Brunei while sharing the cockpit with a fellow pilot from the Royal Brunei Air Force," he said. "Our ability to sit shoulder-to-shoulder and trust each other, while flying an airframe used by both our countries, absolutely demonstrates the partnership and interoperability that makes CARAT such a tremendous event.”

Maritime exercises conducted between both partner navies are designed to address the full spectrum of maritime operations with CARAT focusing on maritime security operations and SEACAT on information sharing and maritime domain awareness.

This year marks the 24th anniversary of the CARAT exercise series with bilateral engagements between a dozen ally and partner nations including Bangladesh, Brunei, Indonesia, Malaysia, the Philippines, Singapore, Sri Lanka, Thailand, Timor-Leste and Vietnam. 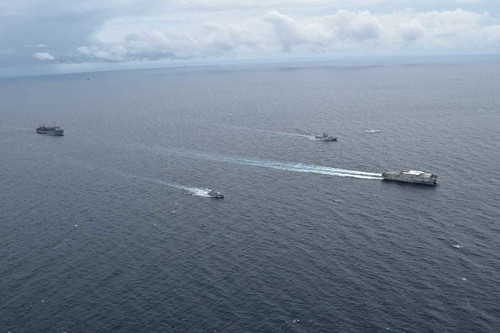 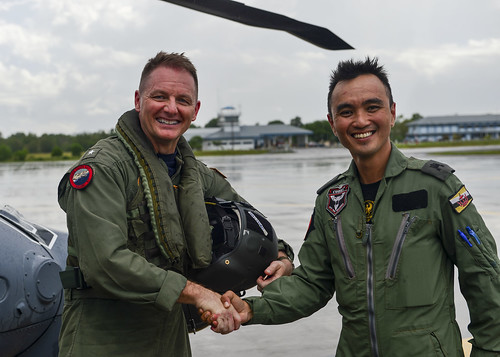 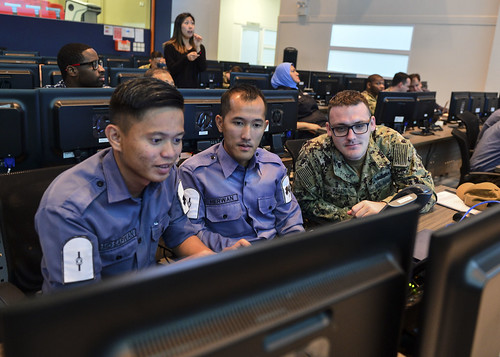 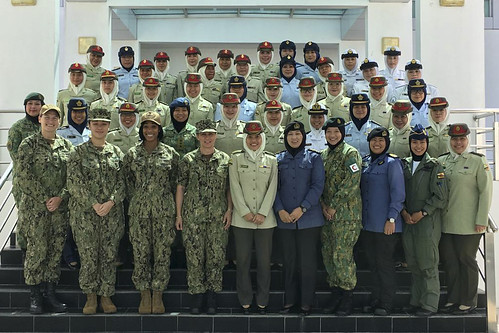 U.S. Sailors and members of the Royal Brunei Armed Forces posed for a group photo after a women's leadership symposium as part of CARAT Brunei. (U.S. Navy photo) 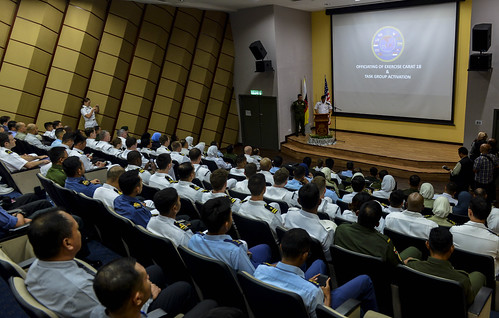