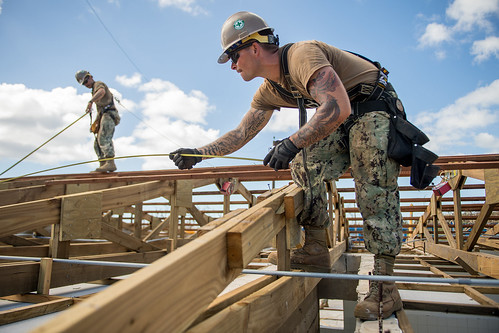 “The Marines did an outstanding job assisting our neighbors and I am proud of the work we accomplished,” said Brodie. “I am supremely confident that Lt. Cmdr. Smagur and his team will knock it out of the park on continuing the mission to repair homes and reconstruct roofs damaged from the typhoon.”

“We were able to take a truly devastated island and successfully assist the community due to the collaboration between service members from the Navy, Marine Corps and Air Force,” said Brodie.

NMCB 1, Detachment Guam, will continue as the command element for Joint Task Group Tinian, constructing temporary roofs on damaged homes across the island.

As Smagur assumed command, he spoke about the work that already occurred and his team’s willingness to continue the effort.

“It’s been an honor to serve along side the Marines and Airmen in the initial disaster recovery phase of this operation. With the routes cleared and temporary life support services in place, we’re looking forward to getting the Seabees out in the field to construct temporary roofs for our neighbors” said Smagur.

Service members from Joint Region Marianas and U.S. Indo-Pacific Command are providing Department of Defense support to the Commonwealth of the Northern Mariana Islands' civil and local officials as part of the FEMA-supported Super Typhoon Yutu recovery efforts 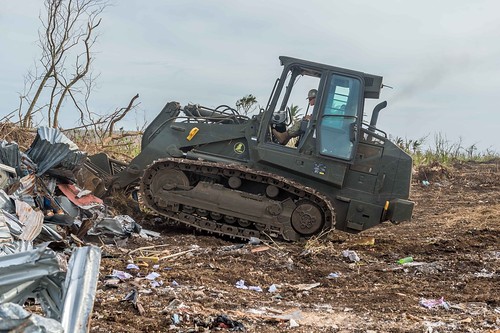