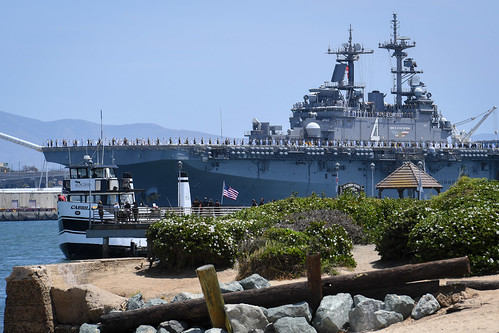 “It has been incredible to see the interoperability of the Boxer ARG/11th MEU as they have come together to form a cohesive team, operating from all ships within the ARG,” said Capt. Brad Arthur, commander of Amphibious Squadron (PHIBRON) 5. "Having completed the arduous unit-level and integrated certification cycles I am confident that we are trained and ready to accomplish critical mission areas needed to operate across the globe.”

“Our blue-green team is ready to deploy,” said Col. Fridrik Fridriksson, 11th MEU commander. “We have trained, on land, in the air and at sea, to respond to events across the range of military operations and we will be prepared if and when we are called to respond.”

The Boxer ARG/11th MEU will provide senior U.S. military leadership and coalition partners with a flexible, tailorable force which can rapidly respond to contingencies and crises within a region. With ships, aircraft, troops, and logistical equipment, the ARG/MEU is a self-contained and self-sustained task force capable of conducting missions from combat operations to providing humanitarian assistance.

“The crew is ready to execute any mission. I'm proud of the work by our Sailors to build the right mindset needed for success. And now the Boxer team is excited to carry our nation's flag across the globe,” said Capt. Ronald Dowdell, Boxer's commanding officer. 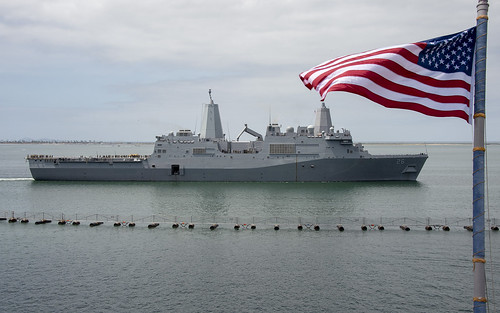 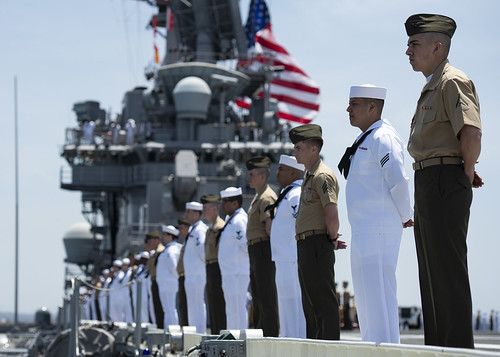 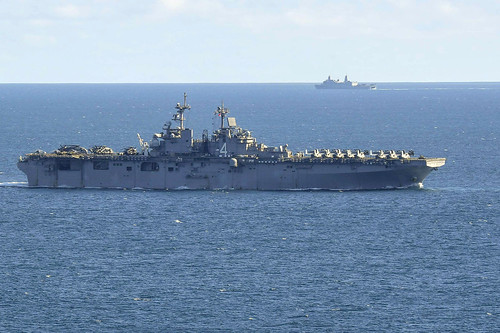 In this file photo, USS Boxer (LHD 4) and USS John P. Murtha (LPD 26) operate together during training in the Pacific in March. (U.S. Navy/MC2 David Ortiz)