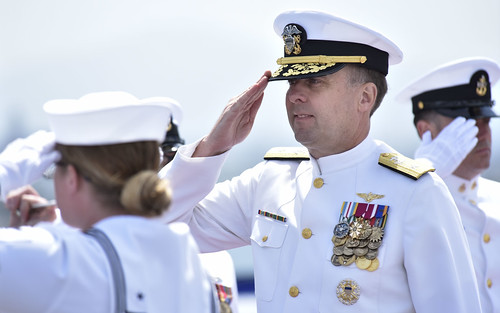 “I have no doubt that Carrier Strike Group 9 will answer any tasking, respond to any crisis or meet any foe and perform in a manner that will bring honor to our navy and nation,” said Dwyer while speaking to the officers and Sailors of CSG 9.

“We exist to make all assigned units successful, to fight on their behalf for resources and every training opportunity, in order to make them the most capable fighting force on the planet, and each of you lived up to that challenge.”

“It takes a person willing to lead and take on the most challenging tasks to successfully command a carrier strike group, and Dan was just that person,” said Alexander. “The ships and units under his command did nothing short of excel.”

Dwyer and Baker then read their orders, in keeping with Navy tradition, officially changing command.

Dwyer also served as the senior U.S. Navy representative for exercise Rim of the Pacific-Southern California and as the exercise director for Valiant Shield 2018.

Most recently, he oversaw the Navy’s extremely successful participation in exercise Northern Edge off the coast of Alaska furthering strategic communication efforts and preparing joint forces to respond to crises in the Indo-Pacific.

Baker, whose most recent assignment was as director of Operations and Plans for the Office of Chief of Naval Operations, N31, said he was honored to take command and looks forward to carrying on the legacy of past CSG 9 commanders.

“There have been several great leaders in command of CSG 9 over the years and clearly Dan, you have joined that distinguished list,” said Baker. “I am humbled and honored to be given command today of the finest strike group in the Navy.” 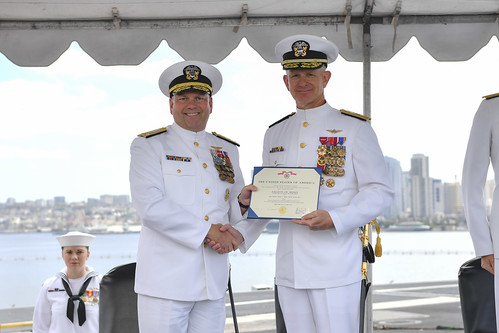