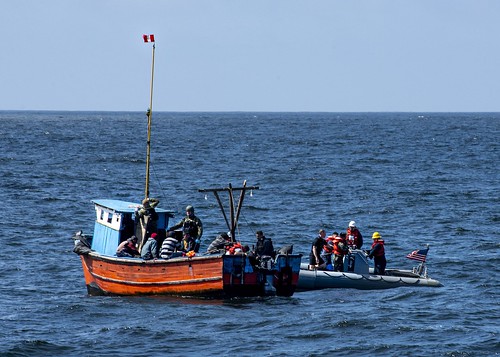 While conducting routine operations in the U.S. 4th Fleet area of operations, Michael Murphy spotted a small vessel with individuals aboard waving flags in distress.

Five Peruvian mariners were aboard the fishing boat, which had suffered engine failure off the coast of Peru before drifting for more than eight days. The vessel was located 80 nautical miles off the Ecuadorian coast.

The boat was initially observed by Ensisn Adrienne Wang while standing watch as the junior officer of the deck, and Ensign Alex Misenheimer as the officer of the deck. The vessel was confirmed by Gunner’s Mate 2nd Class Ryan Buck using the ship’s optical sighting system, and Boatswain’s Mate 3rd Class Devansh Mehta and Boatswain’s Mate Seaman Samuel Torres, who were on watch in the pilot house.

The fishermen were provided food, water and repairs to their engine, having run short on food five days prior, and were on their third day without fresh water.

“Today’s events provided us an opportunity to render assistance to fellow mariners in need,” said Cmdr. Christopher Forch, Commanding Officer aboard Michael Murphy. “Our training and capabilities allowed us to quickly assess the situation, plan the rescue operation, and care for these fishermen who found themselves adrift for a significant period of time. A chance encounter at sea resulted in the preservation of five lives.”

Machinist’s mates were later dispatched to the boat to provide mechanical assistance, but lacked the parts needed to make necessary repairs. The fishermen were transferred to Michael Murphy while their boat was rigged to be towed. Commander, 4th Fleet’s team assisted in making arrangements to have the fishing vessel towed to Ecuadorian waters for a successful turnover with the Ecuadorian Coast Guard.

Assisting mariners in distress is the responsibility of all vessels at sea, even warships. 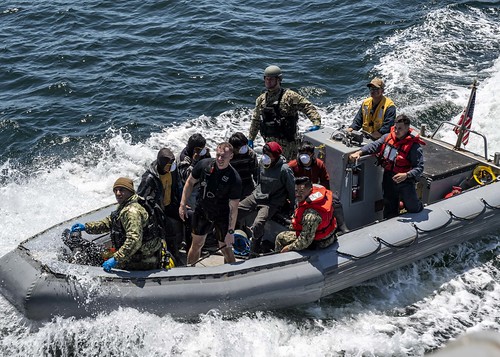 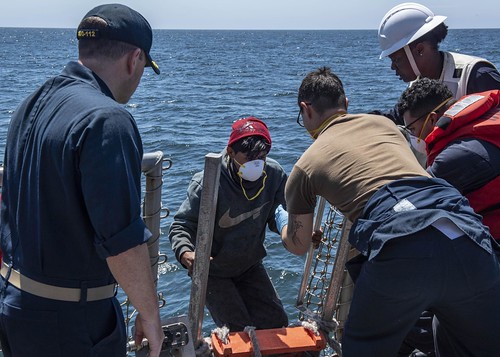 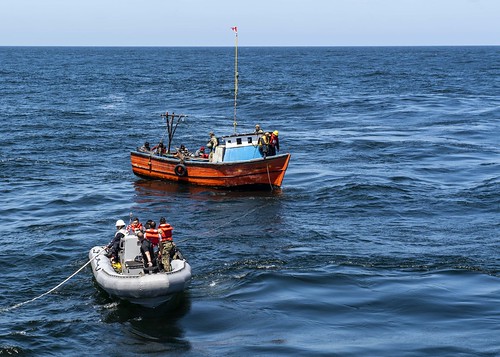