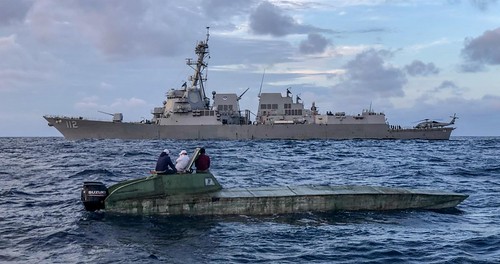 As the helicopter approached the craft, a hatch opened on the top of the vessel and three passengers were seen jettisoning objects from the boat. Assisted by vectoring from helicopter, Michael Murphy’s interceptor boat collected the jettisoned items and approached alongside the low-profile vessel.

Michael Murphy was able to communicate with the vessel informing them to remain in sight.

“From our air detachment and interceptor boat team to the men and women aboard the ship, everything came together to conduct the identification, interception, and approach,” said Cmdr. Christopher Forch, commanding officer of Michael Murphy. “The handoff to USCGC Midgett was smooth and successful – a true team effort by two agencies.”

Michael Murphy is currently deployed to the U.S. 4th Fleet area of operations, following its participation in exercises UNITAS LX and Teamwork South 2019 in Valparaiso, Chile, from June 24-July 3. 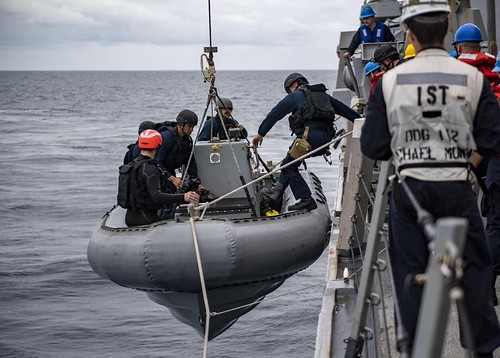 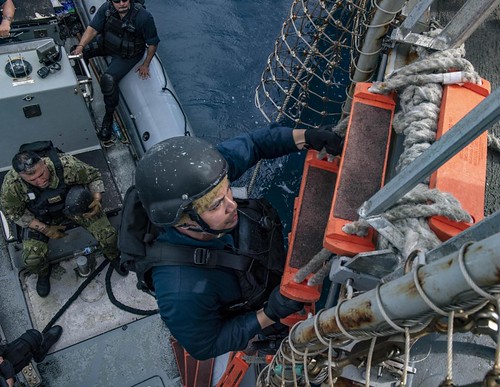