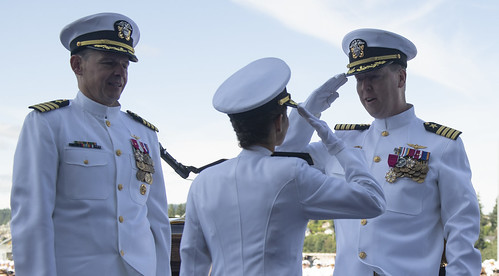 Capt. Max Clark relieved Capt. Kevin Lenox from command of Nimitz during a ceremony that was attended by distinguished visitors, guests and crewmembers.

Lenox addressed the crowd during the ceremony.

“While Capt. Clark and I are the ones on the stage today, I believe in my heart that today is really about the Sailors who make up Nimitz’ crew,” said Lenox. “From my vantage point in the captain’s chair, I have watched you all persevere in the face of adversity, overcome obstacles and succeed. You succeeded in combat and you succeeded here in the shipyard. Your energy and ambition to be great inspired me every day. You are the future of the Navy and everyone in the country can take great comfort knowing that you will be out on the high seas protecting this great nation.”

Lenox assumed command of Nimitz in January 2017. He led the ship and crew in the completion of a six-month combat deployment to the 7th and 5th Fleet areas of operation. The deployment came with various accomplishments, including participation in Exercise Malabar 2017, an underway replenishment-at-sea with the Royal New Zealand Anzac-class frigate HMNZS Te Kaha (F 77), participation in tri-carrier operations and over 900 pieces of ordnance being dropped in support of Operation Inherent Resolve.

Lenox was awarded a Legion of Merit for his performance as Nimitz’ commanding officer. He was credited with “his dynamic direction, keen judgement, and loyal devotion to duty.” Clark’s previous assignments include having served as commanding officer of Helicopter Anti-submarine Squadron 11, executive officer of the aircraft carrier USS Harry S. Truman (CVN 75) and commanding officer of the San Antonio-class amphibious transport dock ship USS Mesa Verde (LPD 19). During his aviation career he accumulated more than 3,700 flight hours.

“I am honored and thrilled to be relieving Capt. Lenox as this warship’s nineteenth commanding officer,” said Clark. “I’ve been impressed by the motivation, teamwork and professionalism exhibited by the crew. I am looking forward to building our combat readiness as we prepare for the next deployment.”

Clark graduated from the United States Naval Academy in 1992 where he received a Bachelor of Science degree in physics. He was designated as a naval aviator in November 1994. He also holds a Master of Science in national security and strategic studies from the U.S. Naval War College.

Lenox shared his final thoughts with the Nimitz crew before turning over his duties as commanding officer to Clark.

“Thank you for always showing up on game day,” said Lenox. “You all never give in and always find a way to win. Commanding this ship and leading this crew will always be the highlight of my naval career. Take great care of Capt. Clark and keep rockin’ it on Nimitz.”

Clark will oversee Nimitz through a training cycle that will integrate and qualify Nimitz, Carrier Strike Group 11, Carrier Air Wing 17 and Destroyer Squadron 9 for future operations. 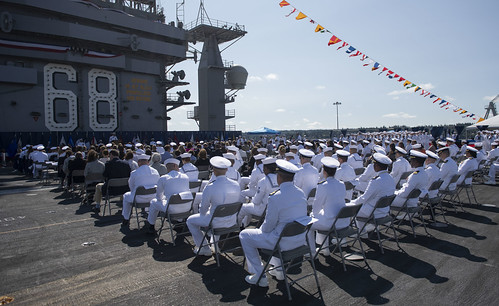 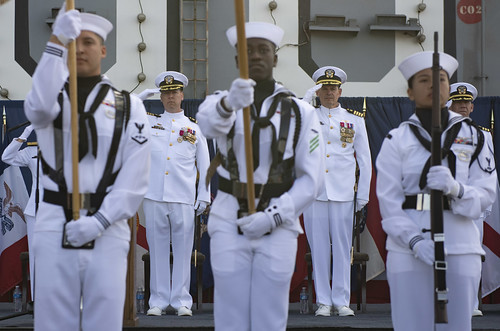 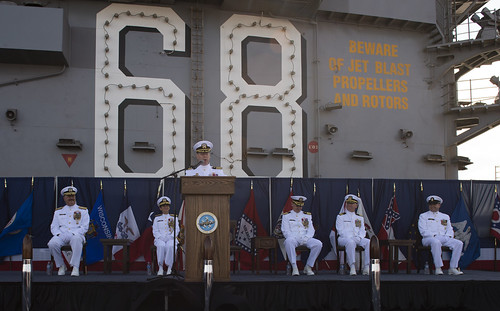 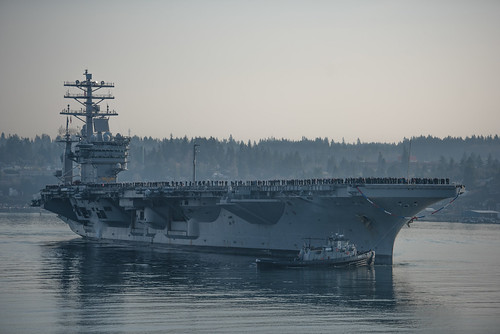