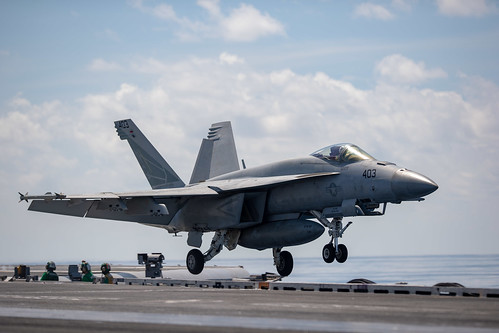 LEMOORE, Calif. - The Navy has confirmed that the pilot of the F/A-18E Super Hornet involved in the mishap on July 31 died in the crash.

In accordance with Department of Defense policy, the identity of the pilot will be withheld until 24 hours following notification of next of kin.

At approximately 10 a.m. PST on July 31, a F/A-18E Super Hornet assigned to the 'Vigilantes' of Strike Fighter Squadron (VFA) 151 based at Naval Air Station Lemoore, California, crashed approximately 40 miles north of Naval Air Weapons Station China Lake, California. The aircraft was on a routine training mission in the area at the time. The cause of the crash is currently under investigation.

The Navy mourns the loss of one of our own, and our hearts go out to the family and friends affected by this tragedy.