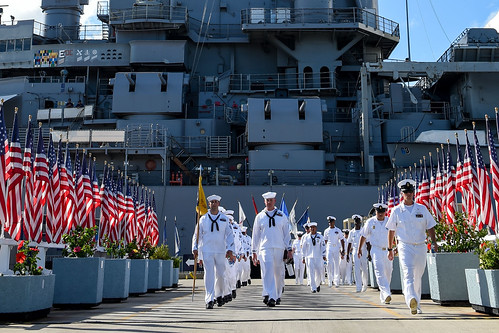 The 39 first class petty officers selected to become chief petty officers spent a week living on the Battleship Missouri Memorial under the guidance of 17 live-aboard mentors.

“This program really drives home the importance of heritage for these young Sailors,” said Command Master Chief Chris King, of Nashville, Tennessee, the live-aboard command master chief for the week. “As chief petty officers, they will be expected to carry on the legacy of our naval heritage. Living aboard the ship, they get to experience that legacy in a way that will stick with them for life. This experience helps forge the chief petty officer we need leading our Navy today and into the future.”

The future chief petty officers toured and provided community service efforts to the maintenance of Battleship Missouri Memorial while they lived aboard. They also toured various historical sites such as Pearl Harbor, USS Bowfin Museum and Park, Pearl Harbor Aviation Museum, and the Defense Prisoner of War Missing in Action Accountability Agency. There was also physical readiness training each morning, with a hike up Koko Crater Railway Trail – one of the more difficult hiking trails on Oahu.

“Our past heritage and history have shaped today’s Navy,” said Yeoman 1st Class Jennifer Pare, of Gladstone, Michigan, selected to become a chief petty officer and a graduate from the legacy academy. “I didn’t realize the Navy’s heritage was so deeply engrained in military history. I didn’t realize it was such a big part. This week really put into perspective the magnitude and importance of naval heritage.”

Battleship Missouri’s Chief Petty Officer Legacy Academy began in 2007. The first five years, the memorial only hosted one class each year. Beginning in 2012, the memorial began hosting two classes each year, with an average 37 future chief petty officers each class. 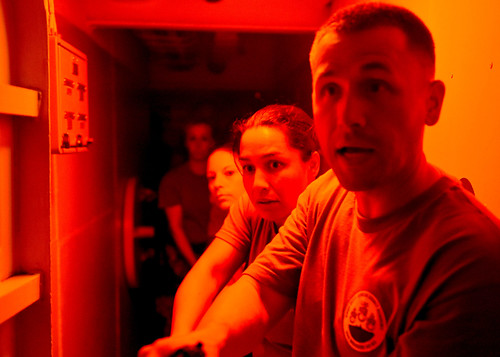 CPO selectees sweep a passageway aboard the Battleship Missouri Memorial during antiterrorism force protection drill as part of the the legacy academy. (U.S. Navy/MCC Alexander Gamble) 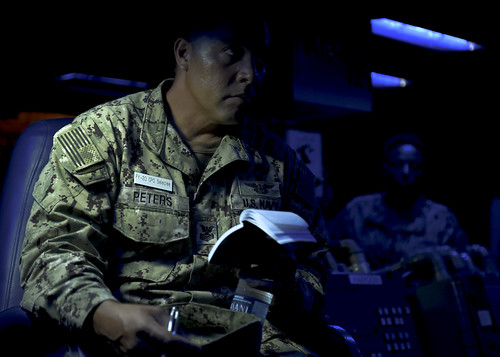 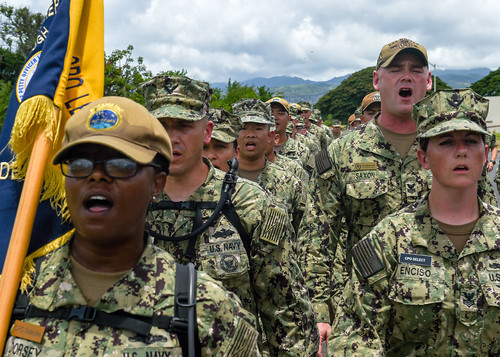 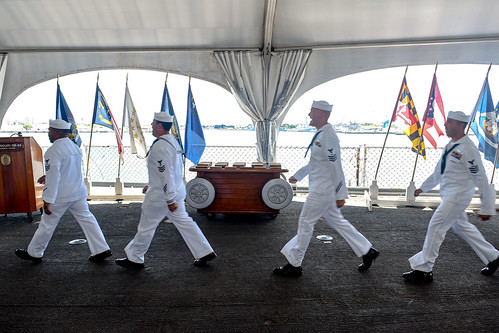