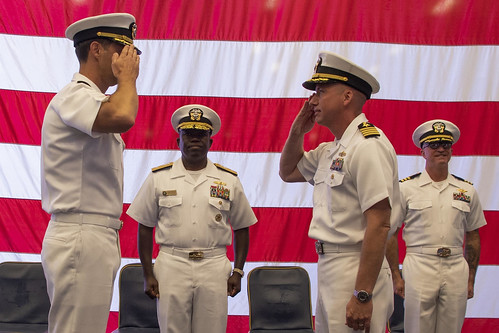 SAN DIEGO - The amphibious assault ship USS America (LHA 6) held a change of command ceremony in the ship’s hangar bay while in port at Naval Base San Diego, Sept. 6.

Nowicki served as executive officer beginning August 2016 before becoming America’s commanding officer in June 2018. He gave his gratitude to the crew for their dedication and teamwork during his time aboard the ship.

“I feel so fortunate to have had the opportunity to command a ship, which really is the epitome of the Navy,” Nowicki said. “The people I was able to work with and for have been so inspiring, and I am going to really miss you all.”

As the fourth commanding officer of America, Nowicki talked about what motivated him through deployment and the in-port maintenance period of the ship, his goals as a leader, and closed out his speech with some advice and appreciation for the crew.

“My goal was to serve you as the captain you wanted to salute and not just the one that you had to,” Nowicki said. “Face your fears, keep a positive attitude, work hard; it will pay off. Continue to work together and take care of each other. You are America.”

Frost arrived May 2018 as the executive officer of America before becoming the commanding officer. Frost addressed the crew in his new position mentioning how the crew must continue to work hard and prepare for the next step in the ship’s mission.

“Together, as a team, we have big things to do this year,” Frost said. “I know we will rise to the task with the focus and energy and commitment it takes to ‘fight and win,’ because I’ve seen it as your XO over the last 15 months. I promise to bring you the same intensity of effort and focused resolve as your captain.”

America is the fourth ship named "America" and the first ship of its class, replacing the Tarawa class of amphibious assault ships. The America class is optimized for aviation, capable of supporting the tiltrotor MV-22 Osprey and the Navy’s newest F-35B Joint Strike Fighter.

America is stationed in San Diego and will be forward deployed to Sasebo, Japan, this year. 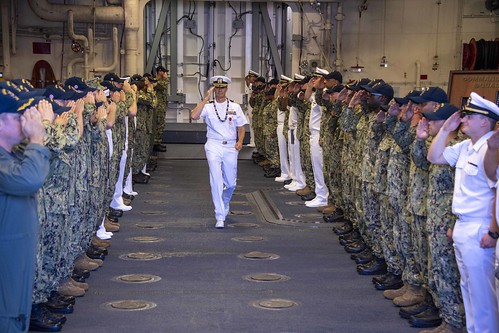 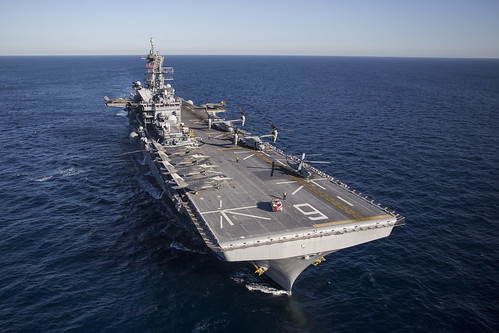