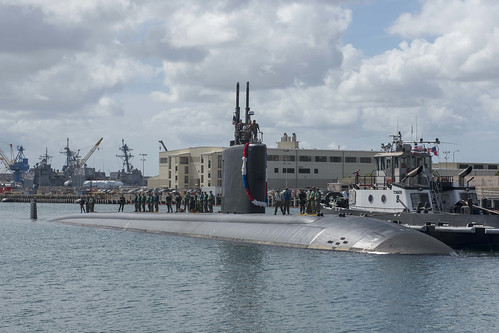 The change of command occurred shortly after Springfield arrived in Pearl Harbor, following a change of homeport from Kittery, Maine.

“Today, not only do we get to witness and be part of the time-honored tradition of a change of command, we get the opportunity to formally welcome USS Springfield to Squadron 7 and our Pearl Harbor ohana,” said Capt. Paul Davis, commodore, Submarine Squadron 7. “Less than 48 hours ago, the boat pulled in, following a one-month transit from the East Coast. That transit was fresh on the heels of an extremely successful two and a half year overhaul at Portsmouth Naval Shipyard. Due to the hard work of the captain and crew, the boat emerged from the overhaul in great shape. I cannot wait to unleash this boat on the Pacific theater.”

“It’s hard to leave, especially now that the submarine is here in the Pacific where it belongs, getting ready to go on missions that we have been training for; but it makes it easier knowing that the submarine is in good hands,” said Spillner. “Congratulations to Cmdr. Nilles for embarking on the best and most rewarding assignment in the United States Navy.”

Spillner will be heading to the Combat Readiness Evaluation Team at Commander, Submarine Force, U.S. Pacific Fleet, in Pearl Harbor.

Nilles comes to Springfield from Arlington, Virginia, where he served on the staff of the Chief of Naval Operations.

“To the crew of USS Springfield, thanks for your continued service to your country, and the professionalism and hospitality you’ve demonstrated over the last month,” said Nilles. “You’ve put in countless hours to accomplish the maintenance and training necessary to prove the ship battle ready. We will continue to build on that foundation as we prepare for increasingly challenging operations. Our community is valued today as much as it ever has been. It is a great time to be a submariner.”

Springfield was commissioned March 21, 1986, and is the Navy's fourth ship to bear the name. Measuring 360 feet long and displacing more than 6,900 tons, Springfield has a crew of approximately 140 Sailors. Springfield is capable of supporting various missions, including anti-submarine warfare, anti-surface ship warfare, strike warfare and intelligence, surveillance and reconnaissance. 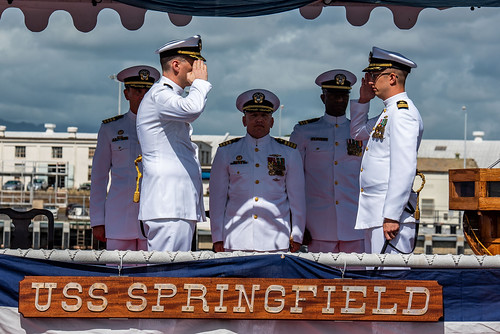 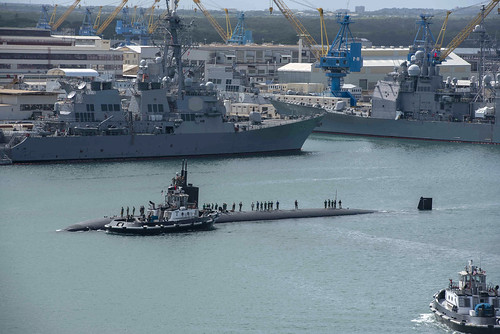