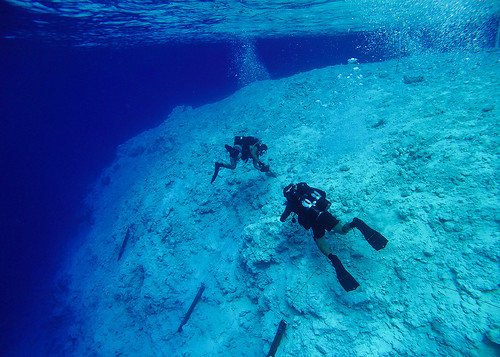 The Federated States of Micronesia formally requested assistance from the United States to remove an obstruction and widen the channel so that inter-island cargo and passenger ships could enter the atoll in a safer manner.

Previously, ships had to transfer both cargo and passenger to small boats in order to transit ashore because of a 400 square foot obstruction in the middle of the channel. The obstruction was preventing larger ships from making the tight turn into the channel, and smaller boats often battled strong currents when transiting.

“We have lost numerous goods and people trying to navigate the channel in small boats,” said Kapino Neior, a Sapwauhfik elder.

UCT 2 used explosive dredging at a location designated by the Pohnpei Port Authority and the residents of Sapwauhfik to remove the obstruction. Armed with underwater jackhammers, explosive charges and detonation cord, the Sailors methodically went to work breathing surface supplied air as well as employing self-contained underwater breathing apparatuses (SCUBA) to remain on station underwater.

The team also considered the environment while conducting their mission and mitigated their impact on local sea life by conducting pre-site surveys and training their Sailors on environmental responsibilities.

UCT 2 is part of the Naval Construction Force, more commonly known as the Seabees. Although Seabees typically provide a wide range of construction support on land, they train Sailors to specialize in diving and underwater construction to support underwater operations such as Triggerfish.

“We were thrilled to respond to FSM's request to widen their channel,” said Lt. j.g. Jacob Plumb, officer in charge of the mission “UCT 2 regularly trains and practices underwater demolition as part of our Fleet Readiness Training Program. As such, this project is perfectly suited for the deployed detachment, Construction Dive Detachment Bravo. This project has incredible impact to the Atoll and will certainly be a very rewarding effort for UCT 2."

UCT 2 Sailors operated from USNS Grasp, a Safeguard-class salvage ship used for accomplishing diving and salvage objectives due to limited infrastructure on the atoll. Divers can operate in close proximity to shore and have ready access to a recompression chamber in the event of a diving emergency because of the ship’s unique capabilities.

UCT 2 has been assisting the Federated States of Micronesia since 2016 with maritime infrastructure assessments, training local divers in the region as well as completing many other projects under the Maritime Infrastructure Assistance program. The relationships that the United States Navy and UCT 2 have built with the local communities in the Federated States of Micronesia demonstrate the United States’ commitment to the region.

Capt. Oscar Rojas, commodore of Explosive Ordnance Disposal Group 1, oversaw the command and control of Triggerfish 2019. Rojas is responsible for 3rd Fleet’s expeditionary task force composed of explosive ordnance disposal, coastal riverine and Seabee detachments. He said Triggerfish 2019 was unlike any other operation he has overseen before.

“Being able to call upon the specialized capabilities of our Navy expeditionary force to assist the Federated States of Micronesia in making their waterways more navigable and safer was a testament to the strong relationships we share with our partners in the region,” said Rojas. “Operations such as Triggerfish 2019 directly contribute to economic stability and safety at sea, and I am proud of our team for their dedication to that important mission.”

Triggerfish 2019 is a U.S. 3rd Fleet-led mission that employs expeditionary forces to conduct hydrographic surveys and clear hazards to navigation in the Federated State of Micronesia in order to ensure a free and open Indo-Pacific. 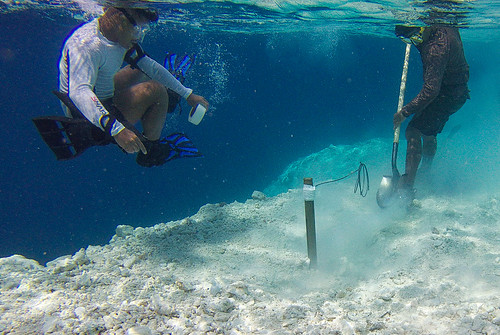 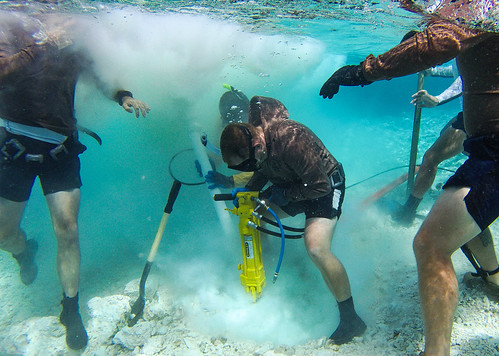 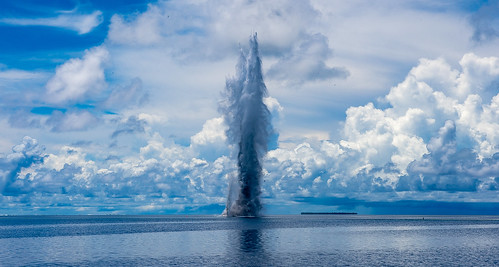