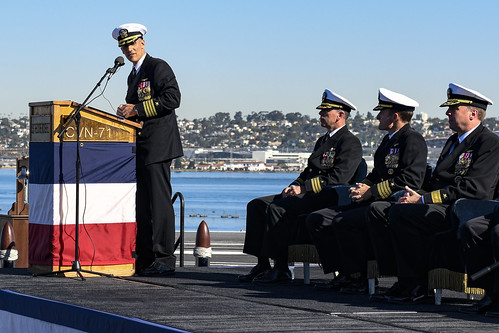 "Suffice it to say that Capt. Sardiello is a leader who leads by example and inspires others to exceed even their own expectations," said Miller. "He excels at leading Sailors - the lifeblood of our ships. He takes care of his people and sets them up for success."

During his speech, Sardiello thanked and attributed his success as commanding officer to his crew, known as the "Rough Riders."

"We are fortunate for each sailor, officer or enlisted aboard because they are just plain amazing, are all essential, and all play an important role in our team's success," said Sardiello.

Sardiello assumed command of Theodore Roosevelt in July 2017 and successfully led the crew on a deployment in support of Operation Freedom's Sentinel and Operation Inherent Resolve which included over 50,000 miles sailed, and more than one 1,000 combat sorties that dropped 159 weapons on target.

In his parting words to the crew, Sardiello again thanked everyone aboard under his leadership and praised the work that they accomplished.

"We could not be more proud of the accomplishments through the blood, sweat, and tears of joy and pain that have been invested over the past two and a half years on TR," said Sardiello. "It has been an honor to serve as the 15th commanding officer of USS Theodore Roosevelt."

Sardiello is a native of Fremont, Calif., and is a graduate of the U.S. Naval Academy, class of 1990. He previously served as the executive officer aboard USS George Washington (CVN 73) and commanding officer aboard USS Mount Whitney (LCC 20) before taking command of the Coronado-based carrier.

"Men and women of Theodore Roosevelt, you have dedicated yourselves to an incredibly noble cause, choosing not what is easy, but what is right and just in the service of our great nation; to be ready for combat and always guarantee our peace," said Crozier while addressing the crew for the first time. "You are doing it on the greatest warship in the world, and I am proud to be serving alongside you as we sail wherever our nation requires in the coming years." 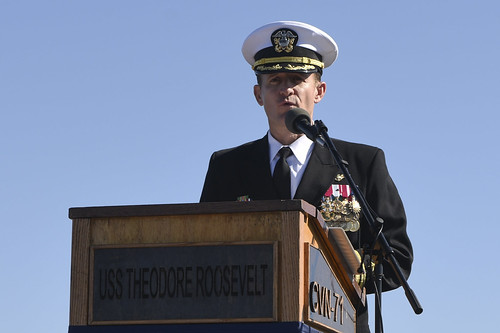 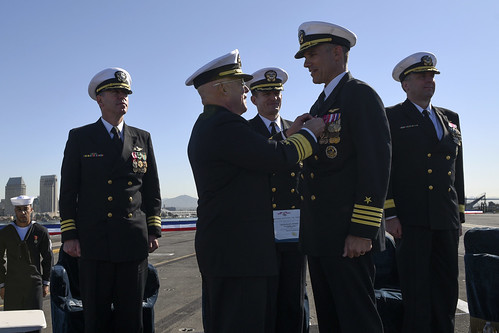 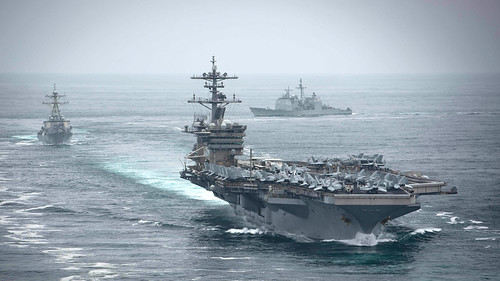