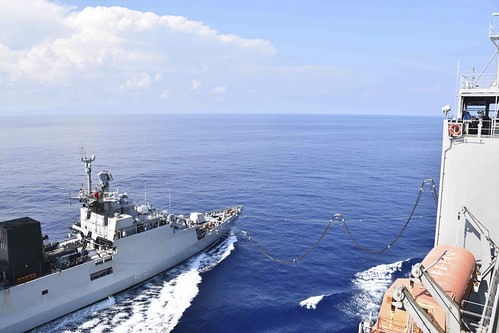 The U.S. Navy regularly operates with allies and partners, both bilaterally and multilaterally to promote security and stability throughout the Indo-Pacific.

“Having the opportunity to work alongside our Indian Navy partners carries a lot of value,” said civilian mariner Capt. Lee Apsley, ship’s master for USNS Richard E. Byrd. “Opportunities like this allow us to enhance our combined capabilities to effectively sustain operations and to maintain our readiness to respond to any maritime challenges that we might face together.”