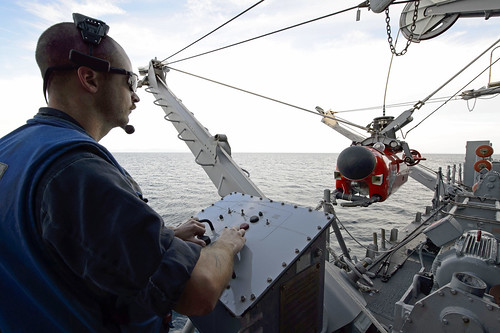 USS Pioneer (MCM 9) is visiting Nichinan for the in-port phase where the crew is working with their JMSDF and RAN counter parts to prepare for the underway portion. Exercise 3JA is part of an annual series of exercises with the U.S. Navy and JMSDF, joined again by the RAN.

“Proficiency within the mine warfare mission is essential to maintaining the security of sea lanes for all nations in the Indo-Pacific region, and the only way to maintain proficiency is to practice,” said Rear Adm. Fred Kacher, commander of Expeditionary Strike Group 7. “We are particularly pleased to practice this fundamental warfare area with our Japanese and Australian allies. The level of learning that we gain together will always be more than we could achieve alone.”

The exercise is designed to increase proficiency in mine countermeasures operations. During the exercise, participating units will practice unit-level mine warfare tactics to include sweeping, hunting, and mine detection.

“Exercises like 3JA give us a chance to practice mine-warfare utilizing every tool in our toolbox from our aviation mine-hunters at Helicopter Mine Countermeasures Squadron (HM) 14 detachment in Pohang, Korea, our explosive ordnance disposal divers operating from the mine countermeasures ships,” said U.S. Navy Capt. Adrian Ragland, commodore of Mine Countermeasures Squadron 7. “This full spectrum mine-warfare really tests our ability to work as a coordinated group alongside our JMSDF partners.”

The exercise will culminate in a combined phase in which U.S. and JMSDF will coordinate and communicate to clear a route for ships through a simulated minefield in one of the designated exercise areas.

“This time, we have the opportunity to work together with Royal Australian Navy and U.S. Navy same as we had done last year,” said Rear Adm. Shirane Tsutomu, commander of the JMSDF's Mine Warfare Force. “In this exercise, we plan SMCM, AMCM, and EOD team exercise. The aim of this exercise is to enhance the interoperability among all participants and improve the mine countermeasure skill. I am convinced that the mine countermeasures ability is essential for all participating countries to ensure the safety of marine traffic, and the effort which we achieve will contribute to the stability of Indo-Pacific region. I sincerely hope that this mine warfare exercise will end in success and all participants will gain good results.” 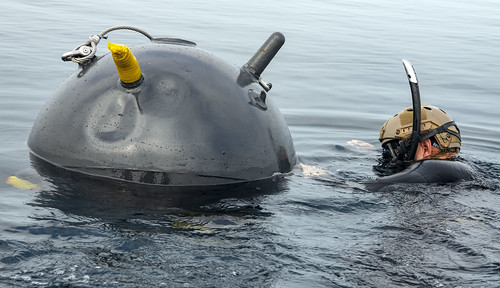 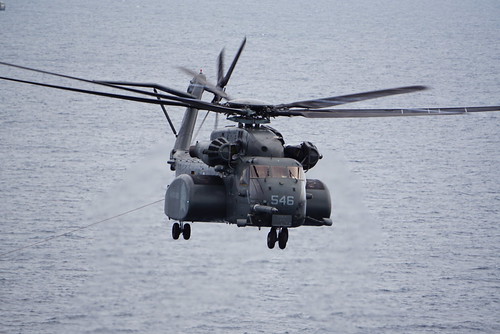 In this file photo, an MH-53 Sea Stallion with Helicopter Mine Countermeasures Squadron (HM) 14 tows a MK-104 acoustic mine sweeping device during exercise 2JA in 2016. (U.S. Navy/AW2 Denzal O'Neal) 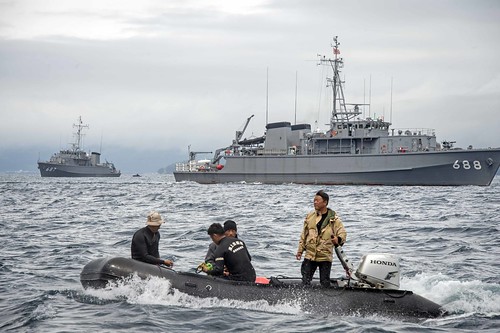