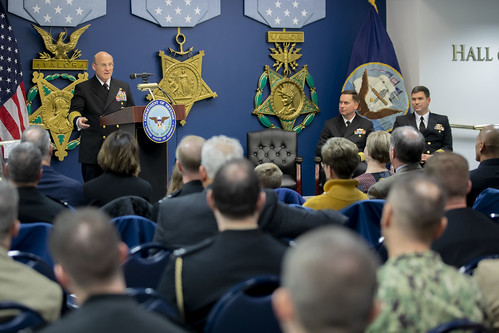 The award recognizes two commander officers who demonstrate inspirational leadership both professionally and personally, and contribute to the improvement of leadership in the Navy.

“Today, we recognize two remarkable leaders with the most prestigious award the Navy bestows upon our officers,” said Gilday. “In celebrating their leadership, we honor the essential role of command in our Navy’s culture and pay tribute to the legacy of VADM James Bond Stockdale.”

Before receiving their awards, both commanders spoke about the value of being truly connected with the members of their crew.

“From what I’ve read about Vice Adm. Stockdale, and from his own writings, I believe he would agree that his perseverance as a POW was made possible in part by the support of others,” said O’Loughlin.

O’Loughlin went on to highlight the importance of caring leadership.

“I believe in servant leadership – an idea that is biblical in its origins,” O’Loughlin said. “My command philosophy is five simple words: ‘Care. Be humble. Be hungry.’ It is my belief that if those placed in our charge know that we genuinely care about them – altruistic care, and not false care with some selfish end in mind, and I assure you they know the difference – they will work harder for the betterment of the command and the accomplishment of the mission.”

O’Loughlin is commanding officer of USS Forrest Sherman (DDG 98), where he distinguished his leadership style with the creation and implementation of a revolutionary stand-down that identified crewmember role-play performances as an effective method to uncover biases and cultural and societal misunderstandings. Ultimately, this training developed his crew into a more resilient and effective team.

“The single most significant thing I did onboard Connecticut was to know my crew,” said Trask. “I tried to know their backgrounds, families, aspirations – both in and out of the Navy.”

Trask also attributes his success to those he has served with.

“I am here not because of me, but because of the exceptional people who have surrounded me throughout my Navy career,” said Trask.

Stockdale was a Naval Academy graduate and pilot. In September 1965, he ejected from his A-4E Skyhawk over North Vietnam and was captured. While prisoner, Stockdale served as an inspiring leader to his fellow prisoners until his release in February 1973. He received the Medal of Honor in 1976 and served as president of the Naval War College from October 1977 until August 1979. 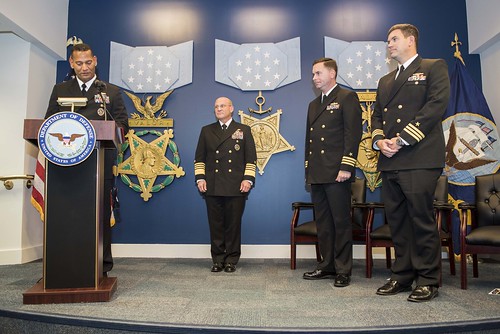 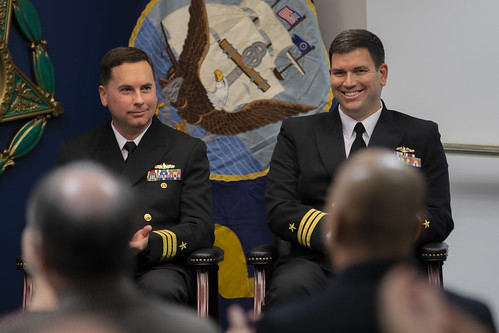