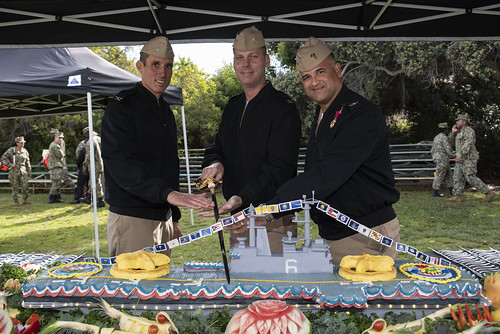 “As I reach the end of this tour, I will attest to the competence and energy of Bonhomme Richard’s new leader, Captain Scott Thoroman,” said LeBron. “I leave here knowing a leader who fundamentally understands command will command Bonhomme Richard. He knows this ship and crew, their strengths and weaknesses, perhaps better than I do.”

Lebron encouraged the crew to continue to strive for excellence as the new commanding officer takes charge.

“I look forward to watching where Bonhomme Richard goes next as she sails forward propelled by the winds of excellence,” said LeBron.

“There is no better job in the world than serving as the Captain of a United States Navy warship,” said Brown. “Think about this – there are currently only eight LHDs in the world, only eight Americans per year have the privilege to serve as their commanding officer. That’s eight out of a population of 327 million. Think about what it takes to achieve this important, yet humbling position. There are no truer words than: As the CO goes, so goes the ship.”

During the ceremony, LeBron, whose following tour will be as commander, Amphibious Squadron 11 in Sasebo, Japan. He received the Legion of Merit for his performance as commanding officer.

Thoroman officially assumed the title of commanding officer after orders were read and salutes rendered.

"As your commanding officer and ship's captain I say to you that we must be ready,” said Thoroman. “In the light of day and the dark of night. In times of peace and in times of strife thousands of miles from the places we call home knowing that sometimes we arrive after the storm and help to restore, heal, and rebuild and sometimes we are the storm."

Bonhomme Richard is the third vessel to carry the name and its historical legacy, and the sixth of the Navy's Wasp-class amphibious assault ships. Its mission is to embark, deploy and land elements of the Marine landing force in amphibious assault operations by aircraft, amphibious vehicles or any combination of these methods, as well as provide humanitarian assistance. 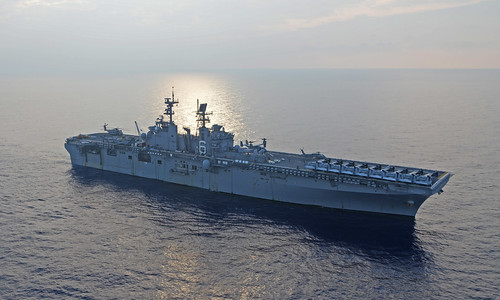