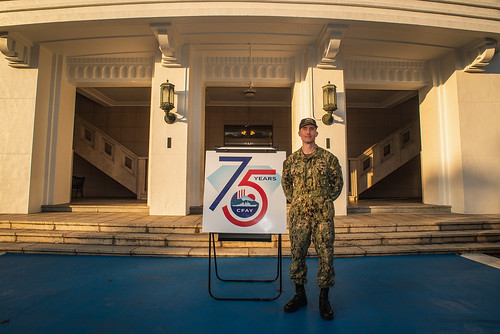 In a year-long celebration that will last throughout 2020, CFAY will spotlight its past, present, and ongoing friendship with the city of Yokosuka and Japan.

CFAY has hosted U.S. Navy Sailors in Yokosuka since the Japanese government accepted the Potsdam Declaration on Aug. 14, 1945, and U.S. military assets began arriving to help stabilize and rebuild the country following World War II. Around 150 service members landed at Atsugi, Kanagawa Prefecture, on Aug. 28, 1945, with the battleship USS Missouri (BB 63) entering Tokyo Bay to host the signing of the Instrument of Surrender on Sep. 2, 1945.

“Since its inception nearly seventy five years ago, Fleet Activities Yokosuka has worked to promote peace in the region and deepening its partnership with its host nation by supporting the readiness of the U.S. Navy in the Pacific and representing our nation’s commitment to the U.S. – Japan Alliance,” said Jarrett.

CFAY serves as the U.S. Navy’s largest overseas base, and is home to 7th Fleet combatant ships, including the only permanently forward-deployed aircraft carrier, USS Ronald Reagan (CVN 76), along with the Navy’s oldest active warship, USS Blue Ridge (LCC 19), that flies the First Navy Jack flag (13 horizontal stripes of alternating red and white, displaying a rattlesnake and inscribed with, “DONT [sic] TREAD ON ME”).

Additionally, CFAY provides, maintains, and operates base facilities for 71 tenant commands, which includes 27,000 military and civilian personnel and their families.

CFAY’s 75th Anniversary commemoration will unfold throughout 2020 and is designed to inform the public of the significance of CFAY and the enduring value of its presence and partnerships.

“Over the next twelve months we will highlight the contributions made by Fleet Activities Yokosuka Sailors and Employees to the Fleet and tenant commands, both past and present and build upon the positive relationship the installation shares with the local Japanese Community," added Jarrett. "Most of all we hope to enhance the American public’s understanding of the critical support Fleet Activities Yokosuka provides the U.S. 7th Fleet and the U.S. – Japan Alliance. ”

In addition, CFAY’s celebration will coincide with what is shaping up to be an exciting year for the U.S. Navy and Japan, including the Tokyo 2020 Olympic Games, the 50th anniversary of USS Blue Ridge, and the 75th anniversary of the end of World War II in the Pacific. 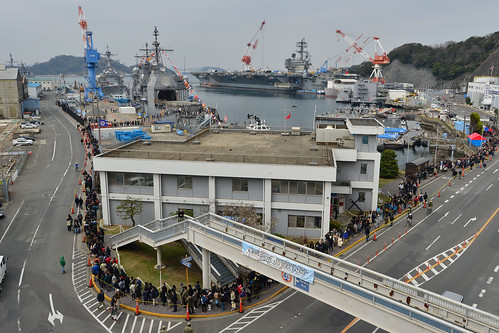 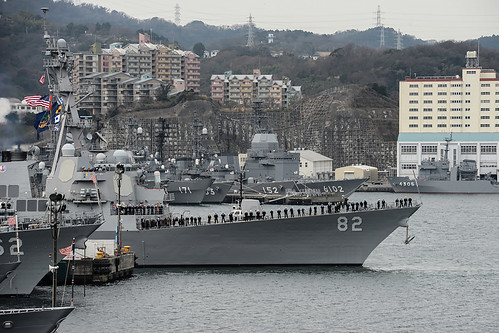