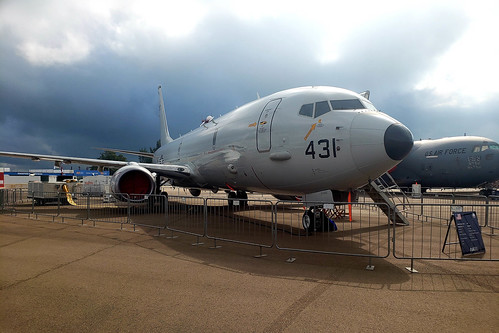 SINGAPORE - A variety of U.S. Navy aircraft and aircrews are participating in the Singapore Airshow at the Changi National Exhibition Center, Feb. 11-16.

Crews of an MH-60S Sea Hawk from Helicopter Sea Squadron (HSC) 23, P-8A Poseidon maritime patrol aircraft from Patrol Squadron (VP) 10, an F/A-18E Super Hornet from Strike Fighter Squadron (VFA) 195, and an F-35C Lightning II from VFA-125 have aircraft on display along with aircrews from the U.S. Air Force and U.S. Marine Corps. The Navy aircraft are forward deployed to the Indo-Pacific as part of the U.S. 7th Fleet and have routine presence across the region.

Singapore’s biennial airshow provides a model forum for naval aviators and crews to engage with their U.S. counterparts along with aircrews from allied and partner nations from across the region and the world.

“We are excited to be here with our fellow U.S. Navy aviators, standing side-by-side with our partners and allies from all over the world,” said Lt. Cmdr. Nicholas Haubrich, detachment officer-in-charge for HSC-23. “Our participation allows us to showcase our aircraft and the abilities of U.S. naval aviation to fellow militaries and aviation enthusiasts.”

The Singapore Airshow occurs every two years and is the largest defense exhibition and international tradeshow in Asia with dozens of nations and foreign delegations and hundreds of defense contractors participating.

The Navy aircrews host a variety of distinguished visitors along with industry personnel, aviation enthusiasts, media, and partner nation military aviators during the public days of the airshow, highlighting the capabilities and enduring legacy of U.S. naval aviation.

U.S. Navy participation in airshows helps demonstrate America’s commitment to the peace and security of the Indo-Pacific while fostering enduring relationships with international audiences and partner militaries.

U.S. Navy aircraft assigned to the U.S. 7th Fleet region regularly operates in the Indo-Pacific region, and has helped maintain peace and security for more than 70 years. As the U.S. Navy's largest numbered fleet, the U.S. 7th Fleet interacts with 36 nations across the region to build security partnerships that foster maritime stability. 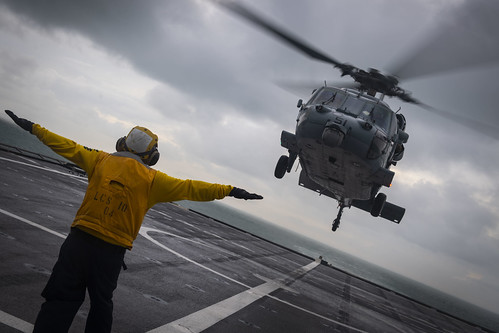