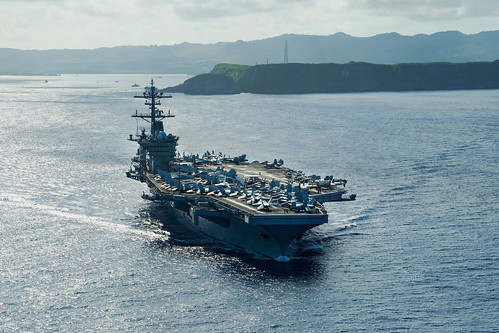 The ship left Naval Base Guam and entered the Philippine Sea May 21 to conduct carrier qualification flights for the embarked Carrier Air Wing (CVW) 11.

"It feels great to be back at sea," said Rear Adm. Stu Baker, commander, Carrier Strike Group (CSG) 9. "Getting Theodore Roosevelt and Carrier Air Wing 11 one step closer to returning to their mission in the Indo-Pacific is a great achievement for the crew."

Theodore Roosevelt is on a scheduled deployment to the U.S. 7th Fleet area of operations. It moored in Guam after some members of the crew displayed symptoms and later tested positive for COVID-19. After moving nearly 4,000 crewmembers off ship and cleaning the entire ship from bow to stern, the appropriate number of crewmembers to operate the ship underway have returned from quarantine after passing rigorous return-to-work criteria.

Scaled manning allows the ship to bring on board the right makeup of personnel required to safely operate and complete a particular mission requirement.

"We are scaling our manning on board based on our mission requirement," said Capt. Carlos Sardiello, Theodore Roosevelt's commanding officer. "Carrier qualification requires fewer personnel than other missions, and bringing fewer Sailors on board will enable enhanced social distancing while underway."

In addition to social distancing, Theodore Roosevelt Sailors will execute Navy COVID prevention and mitigation policies, including all required lessons learned from a safety stand down last week and a simulated underway earlier this week. During the simulated underway, the crew walked through routine and emergency procedures while executing COVID-19 mitigation measures, including wearing masks, medical surveillance of 100% of the crew, adjusted meal hours, minimizing in-person meetings, sanitizing spaces and a simulated medevac.

"It was an unprecedented challenge to get to this point and I'm proud of the Rough Rider Team's tenacity and resiliency in the face of uncertainty," said Sardiello. "We are extremely thankful for the dedicated support and hospitality of Gov. Leon Guerrero, her staff and the people Guam. They have been steadfast and proactive partners throughout. We are also thankful for the efforts of our fellow service members on Guam for their resolute support. We owe them all a debt of gratitude that words cannot express." 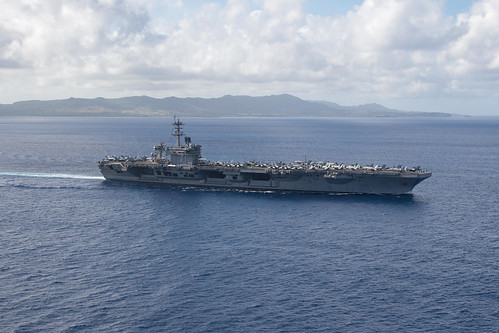 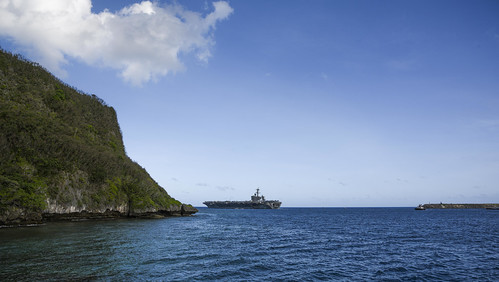 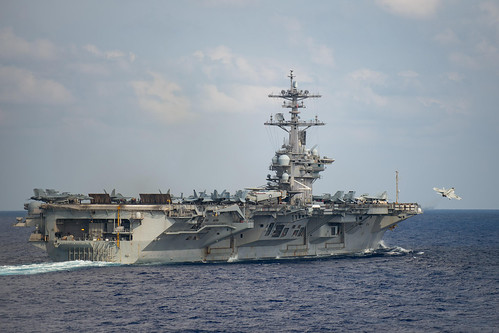 Previous story
Sailors of the Year to be recognized for outstanding achievement, promotion
Next story
USS Ronald Reagan: It CAN Be Done