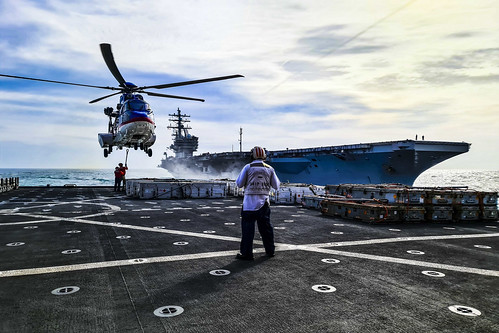 SINGAPORE - The 7th Fleet is the U.S. Navy’s largest forward-deployed fleet, with hundreds of ships, submarines and aircraft in the theater on any given day. That steady presence would not be possible without the responsive, resilient sustainment provided by the replenishment team at Commander, Logistics Group Western Pacific (COMLOG WESTPAC) / Task Force 73 (CTF 73) and the Military Sealift Command’s combat logistics force.

COMLOG WESTPAC/CTF 73, located in Singapore, plans and executes the resupply of food, ordnance, fuel and repair parts for the U.S. Navy’s surface ships in 7th Fleet. Their mission requires operating ships across the 52 million square miles of ocean that make-up the fleet’s area of responsibility.

The fleet replenishment team is the focal point for the U.S. Navy’s combatant ships – the “customers” – the supply ships, and the rest of the logistics chain to arrange replenishments-at-sea events (RAS). The fleet replenishment officer, Lt. Cmdr. Cory Eggers, often works against time, weather and competing demands to ensure ships and Sailors remain ready and on station.

The modern approach to underway replenishments (UNREPs) dates back more than 100 years, when the U.S. Navy began rigging hoses between ships to transfer liquid fuels. As a young lieutenant, Chester Nimitz, who would later become a fleet admiral, was a pioneer in the Navy’s use of the concept.

As the Navy fully grasped the potential of UNREPs it grew to encompass the replenishment of not only fuel but ordnance, food, parts and personnel.

“Around the Navy, ships are breaking records for remaining at sea,” said Eggers. “I see that as a great reflection of the outstanding support from our civilian mariners and Combat Logistics Force ships.”

Dwy said reliable and responsive sustainment in the form of replenishments-at-sea enable the U.S. Navy to be a global presence.

“Every U.S. Navy Sailor out there knows they can rely on our logistics team,” said Dwy. “No matter how rough is the sailing or in spite of a global pandemic, we will get you what you need – the food, the fuel, the ordnance, the parts – to stay in the fight.”

Responsive sustainment is a defining characteristic of CTF 73 and particularly the replenishment schedulers.

“Our goal is to plan out 60-90 days, so we can schedule maintenance, move assets into place and coordinate with foreign governments,” said Eggers. “But weather gets a vote, parts break, and tasking changes, so we are always ready to move on to plan B, C, D and so on.”

As professional problem solvers, the fleet replenishment team understands priorities and will respond to meet changing schedules and to support ship and Sailor needs.

Rear Adm. Joey Tynch, commander of Logistics Group Western Pacific, said whether it’s a crucial repair part or a letter from home, every link in the chain is critical when shipmates are counting on you.

“A great example of responsive logistics is our Christmas Eve mail delivery,” Tynch said. “One of our aircraft carriers hadn’t been able to receive their mail for a few weeks and based on the schedule, wouldn’t get a delivery before the holiday. Using everything at their disposal, our schedulers were able to brighten the day for a few thousand Sailors.”

Lt. William Contarino, fuels officer, works with Eggers on the replenishment schedules. The fuels officer is responsible for tracking fuel statuses of all U.S. Navy ships in the 7th Fleet and ensuring adequate inventories and fueling.

Contarino said that fuel’s varying global standards and the Navy’s stringent requirements make that class of supply one of the most challenging.

MSC Far East is responsible for the execution of strategic sealift missions throughout the Indo-Pacific region. It serves as a direct link to MSC ships, providing maintenance oversight, logistics coordination and other needed services. 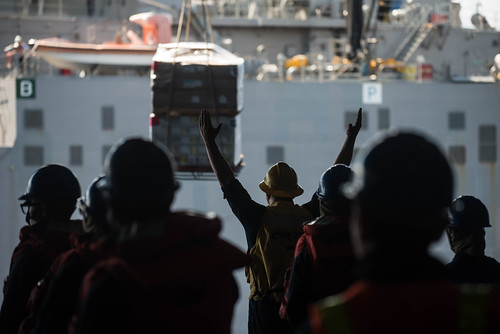 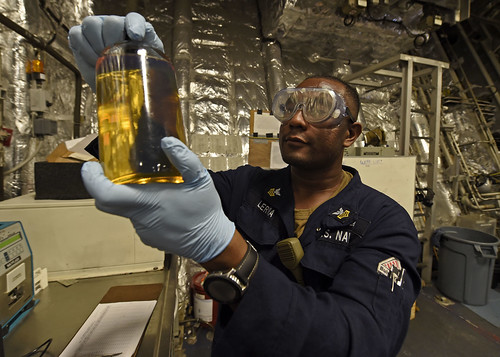 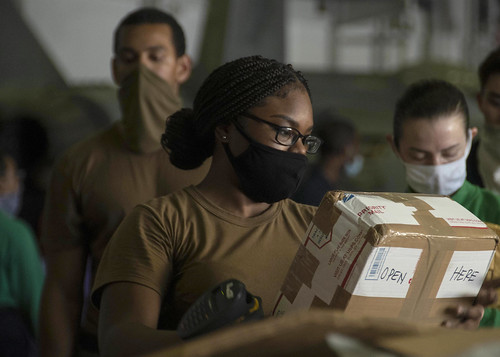 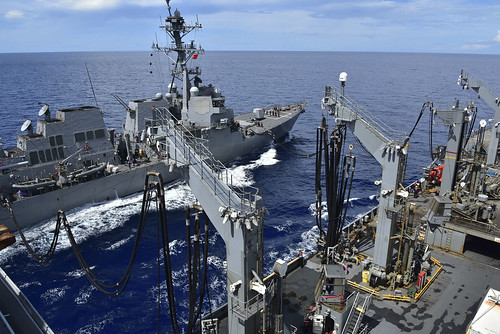 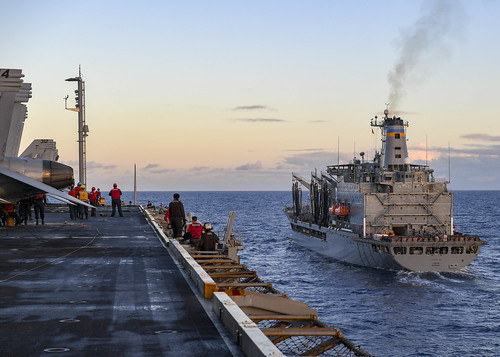