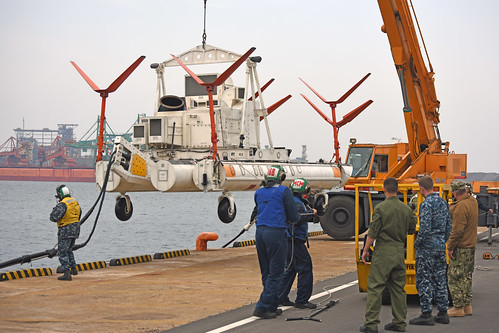 “One of the biggest opportunities we have is the ability to jointly-train with our Republic of Korea counterparts,” said Lt. Cmdr. Seth J. Ervin, HM-14 Detachment 2A’s officer-in-charge.

During the exercise, HM-14 used the MK-105 Mod 4 Magnetic Minesweeping System, commonly referred to as a sled. The sled, towed by one of HM-14’s MH-53E helicopters, is used because it provides a reliable and safe way to detect and detonate mines.

In a addition to the mine sweeping training in the waters around Pohang, HM-14 is scheduled to soon conduct deck-landing qualifications (DLQs) with the ROKS Wonson (MLS 560).

“We continually train together,” said Ervin. “Every day we get better at our processes and improve our interoperability to ensure we are ready when needed to deter or defend the ROK.”

HM-14 is currently forward deployed to Pohang, Republic of Korea and serves under Commander, Task Force 76, headquartered in Okinawa, Japan. 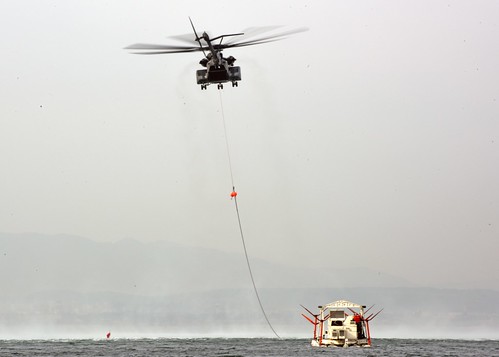 An MH-53E assigned to HM-14 links to an MK-105 sled during airborne mine countermeasures training as part of Foal Eagle. (U.S. Navy/MC3 Jermaine M. Ralliford)